One of Halifax’s biggest success stories comes home for the big birthday bash. 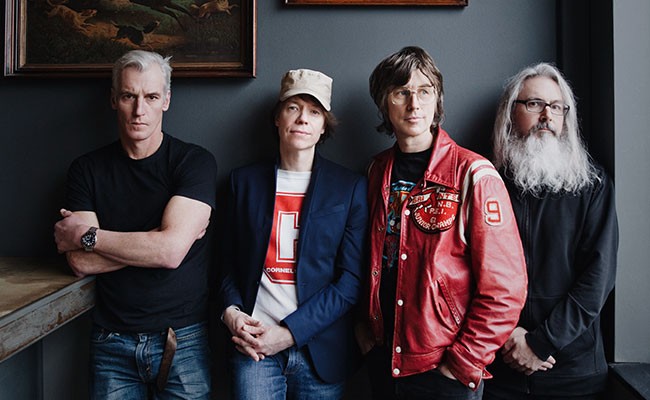 Halifax is a university town, and universities love to fête their famous alumni.

So it makes sense the ECMAs would invite Sloan, arguably the city's most renowned musical export, to perform at Thursday night's awards show and headline a showcase set later that night at the Marquee—even though it's been 20 years since any of the band's four members have called Halifax home.

"Maybe it is a bit unusual; I'm surprised we've been asked, but I welcome it," says Sloan's Jay Ferguson, speaking last month from a tour stop in Edmonton. "I love the east coast. You'd get a different response, probably, from everyone in our band, but I don't feel like I'm from Toronto. I do still feel like someone who's from the east coast."

Ferguson can't quite recall the last time the band played the ECMAs, but he's pretty sure it pre-dates the band's relocation to Toronto. ("It might have been around One Chord to Another.") And to listen some old-school Sloan fans, the band's legacy is still largely defined by Halifax-era albums like One Chord, Smeared and Twice Removed.

But take stock of Sloan's career in full and what impresses just as much as the highest points of the band's discography is that the high points haven't really stopped coming. Well into its third decade as a band, Sloan has become one of Canada's most reliable musical institutions, coming together every few years to churn out another quality set of power-pop hooks and catchy melodies to add to its back catalogue.

New album 12, released last month, is a fuzzy, feel-good gem that's one of the band's more sonically cohesive albums of late—particularly following 2014's Commonwealth, on which each of the four songwriters (Ferguson, Patrick Pentland, Chris Murphy and Andrew Scott) composed one side of a vinyl record.

"It's not like it was done in some radically different way than our other records," says Ferguson of 12. "The effort that we made was to try and make a record with a little more collaboration than Commonwealth. I think some songs succeeded, other songs maybe not necessarily."

Fans can expect to hear much of 12 at Thursday's show, which speaks to the compelling way the band has balanced past and present in recent years. By interspersing tours supporting deluxe reissues of old material—two so far, plus a Navy Blues box set in the works for next year—with tours focused on new records, Sloan has found a way to balance its members' own artistic aims and the demands (and commercial opportunities) of 21st century nostalgia culture. Sloan simply does both, and does both very well.

"It's fun to be able to celebrate our older records—which we own, the master tapes and everything, so it's easy for us to do—and continue to make new music," says Ferguson. "It's kind of a way to satisfy both interests. I think it's a good mode for us at this stage in our career."