MasterChef finalist Andy Hay is one of the new owners, and EDNA founder Jenna Mooers is staying on to run the popular Gottingen Street restaurant. 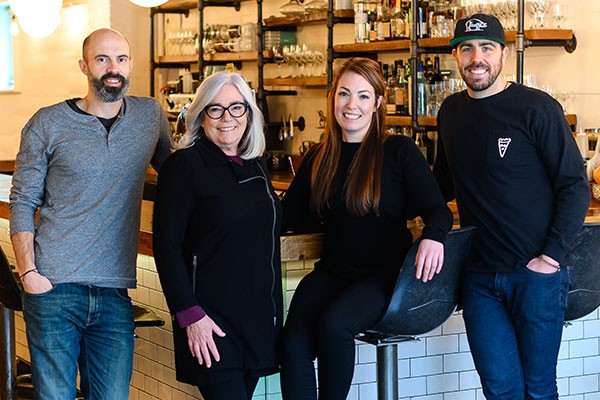 After seven years and thousands of brunch-time sweet & saltys, EDNA has been sold. Owner Jenna Mooers announced today the sale of the much-beloved Gottingen Street eatery and its building, as well as jane’s catering and events, the next-door catering business and storefront take-away owned by her mother, Jane Wright. But don’t fret—everything is staying exactly the same. 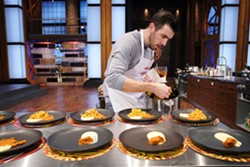 The sale is to Alex and Heather Billingsley, founders of Toronto-based food-delivery service Mama Earth Organics, and Dartmouth chef Andy Hay, creator of Andy’s East Coast Kitchen and the second-place finisher in 2018’s season five of MasterChef Canada. “Alex and Heather moved to Halifax about a year ago,” says Mooers, “and very quickly fell in love wth EDNA and jane’s. They’ve been close friends with Andy Hay for a while now. My mom has been ready to take a step back into retirement, and for me at the seven-year mark, it seems like great timing for a change.”


As for the new owners, Mooers says that their love of the existing businesses, and their simpatico business and food philosophies, make the sale “kind of a perfect match.”So perfect, it turns out, that neither Hay nor the Billingsleys plan to change much. EDNA will remain open, retain all of its staff and even hold on to Mooers as general manager, as well as head chef Leah Coodin. jane’s next door, the storefront grab-and-go spot owned by Wright, will remain as well. And any changes to EDNA’s menu, says Mooers, are likely to be gradual.

"The food business isn't for the faint of heart," says Wright. "But I’ve had the best two years I've ever had in the last two years, and I feel like I’m leaving [the new owners] with a super team."
EDNA was instantly lauded after its opening in May 2013, making enRoute magazine's 2014 ranking of Canada’s 10 best new restaurants (as Wright's jane's on the common did in 2003), landing multiple times on Jacob Richler’s “Canada’s 100 Best” list and appearing frequently on The Coast’s own Best of Halifax Readers' Choice Awards. (And as our first-ever story about EDNA suggests, we were pretty stoked even before it opened.)

It was also at the front of a wave of new restaurants which have, in the past few years, turned Gottingen into one of the city’s go-to food destinations.

“I live just a block away on Maynard,” says Mooers, “and this community has always meant so much to me. The area has changed so much in just that short time we’ve been here, and it’s pretty amazing to have been part of it.”

Wright, for the time being, plans to take it easy.