New development to be built behind the rectory building beside St. Patrick’s Church 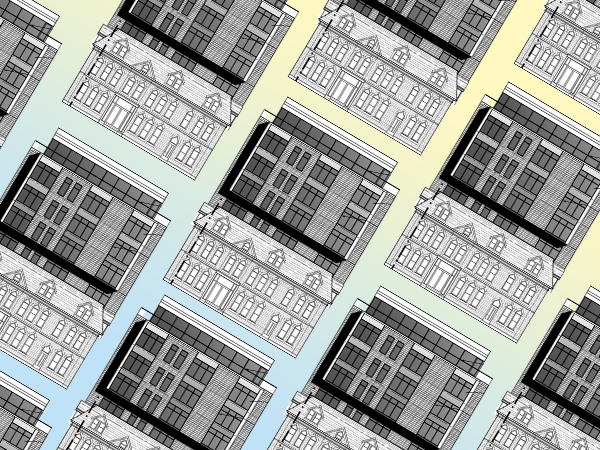 An eight-storey residential unit building got approval from Halifax West and Community Council this week. The proposed property will nest behind the historic rectory building which sits at the front of the lot at 2267 Brunswick Street beside St. Patrick's Church.

The application was first put forward by Studio Works International Inc. on behalf of developer Adam Barrett—known for working on historic properties in the area.

St Patrick's Church is a registered heritage property, as is the property on the other side of 2267 Brunswick, Huestis House but the proposed property—completed in 1889—is not.

The property was de-registered in 2015 at the request of St. Patrick's Church, who noted a 1982 registration error that saw the rectory registered along with the church. The report from that meeting says the committee was informed at that time about an offer to purchase the rectory—which would give the church much needed funds for its own restoration projects—"but the offer is contingent on the property being deregistered" the report says.

Blair Beed spoke at the hearing on behalf of St. Patrick's Church in favour of the development and the changes that have been made throughout the process.

Joanne McRae, co-owner of Huestis House, spoke against the development, saying it didn't fit with the area. "I can't paint my house a bright blue colour that I love, because it wouldn't respect that heritage area," she says, noting the difficulties of changing registered historic properties versus non-registered.

Ron Smith, the architect from Studio Works International, says they've done what they can do to get the proposed design to where it is. "You can't rebuild old heritage buildings," he says, "but you can keep the ones we have."

The main recommendation that came from the heritage advisory committee was to keep the new development in line with the height of the roof of St. Patrick's Church and improve the north facing side of the building's blank wall. Staff say they brought this to the developer but it decided to keep the eight stories, though changes were made to the north facing wall. Staff then recommended that HWCC approve the project.

The proposal was passed, with councillors Waye Mason and Lindell Smith voting against the development.