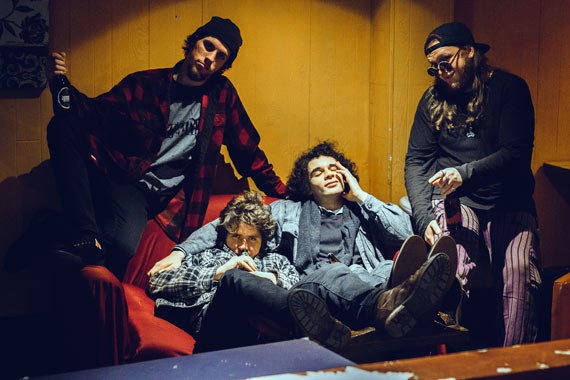 Here's the scoop on Electric Spoonful: "Rudy [Pace] and I began playing music together after recognizing our mutual love of '60s and '70s styles of rock and roll," says guitarist Brently Campbell. "We have been described as a scrappy rock quartet," says Pace, guitarist-vocalist. The Halifax-via-Cape Breton band, also with C.J. Hill (bass) and Jesse MacLeod (drums), channels a classic-rock sound that predates all of their birth-years. "During shows we just say, 'We're gonna get greasy for you,'" Pace says. "Which pretty much means we're going to play hard, play loud and if it's a really good night, Brently's guitar might fall apart and at least one of us will end up bleeding." Playing a bunch of shows in August, influences range from Led Zeppelin to Wolfmother. "But when it all comes together," says Hill, "that's Electric Spoonful."