Ellie Black is soaking up the bright side of the pandemic

How Dartmouth's star Olympic gymnast is learning to slow down thanks to the coronavirus.

When Ellie Black met up with Coast photographer Meghan Tansey Whitton in January at her studio to shoot this photo, Team Coast had pencilled Black in to be on the cover of the newspaper this July, in the heat of the summer, when she would be on the other side of the world stepping onto the mat to compete in the Olympics for team Canada as an artistic gymnast.

Maybe she’d have won gold; team Canada could have swept the podium. Or perhaps she would get injured in warm-ups or lose her luggage. Whatever happened (or didn’t happen), Black was prepared, because she was preparing for everything and anything by preparing for the moments only as they came.

"Those final rankings, those placements, that's really out of your control because you can't control what other people are going to do. What you can control is going out there trying each skill, one at a time as best as you possibly can, like you do in practice,” says Black.

Since COVID-19 was declared a global pandemic on March 11, and changed our world here in Halifax and Dartmouth two days after, Black has used that approach in dealing with her new reality.

Instead of focusing on the end result—like when this will all be over, when she’ll compete again, if she’ll have to re-qualify for the next Olympics, if she’ll get C19—Black is treating the pandemic like the journey to a gold medal: one hour, one skill, one day, one week at a time.

She fills her days with gymnastics, conditioning, flexibility and workouts. There are puzzles and Netflix parties (she’s watching all the Marvel movies with a group of friends. Next on the list is Guardians of the Galaxy), pilates via video chat and yoga. Almost every day of the week she does some sort of conditioning exercise, often in the middle of the living room, having surrendered the basement to her sister for studying.

Some days she’s working on a choreographed dance routine with her teammates over video. (A COVID bonus as Black is typically a more of a power gymnast and says “the artistry comes a bit slower to me.”)

Even with all this, for the first time in her life, Black is figuring out what it means to slow down.

“I'm very much a person who's like, go, go, go,” she says. “I have a hard time sitting down on the couch and just relaxing, I feel like…there are things that I should be spending my time doing.”

But, like the rest of us, she’s working to be OK with the flipped routines and slashed social agendas and the gaping plan-sized hole in our lives.

Which for an Olympian, whose life rolls forward in cycles and schedules that count backwards from the moment she steps up to the uneven bars, means leaning into the uncertainty and strengthening her mind in the meantime. She’s working at being OK with where she’s at, connecting with herself and her feelings and not comparing herself to a pre-pandemic life or to other people; taking care of her mental health after years of her physical health taking the top spot on the podium.

“It’s not a contest in quarantine,” says Black.

At home in Dartmouth with her family—mom, dad, brother, sister and dog, all under one roof—the only competition she’s in plays out in the kitchen, father versus daughter. She made a chilli that strayed from her dad’s recipe and says it came out on top. “He’s taught me a lot of things over the years,” says Black about her dad and cooking. “So I’m just trying to put those to good use.”

The player becomes the coach.

Like cooking, and sports, and life, the pandemic has been about getting through the ups and downs. And Black’s career as a world-class athlete has prepped her for that.

But for now, she is trying to get outside in the sun each day—even if it’s just for a 15-minute walk with her dog. A literal bright side to this pandemic: “As gymnasts,” says Black, “we don’t get a lot of sunlight.” 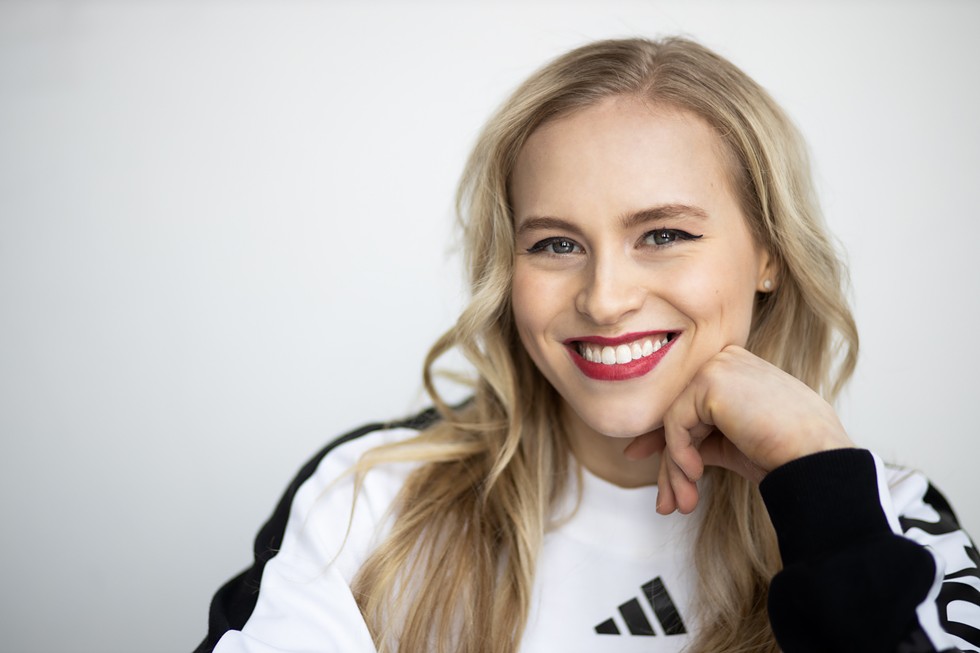 Caora is the City Editor at The Coast, where she writes about everything from city hall to police and housing issues. She’s been with The Coast since 2017, when she began as the publication’s Copy Editor.
More
More City »
All News + Opinion »