Elmwood building on South Street to be torn down

Another charming structure of yesteryear being demolished to modernize Halifax. 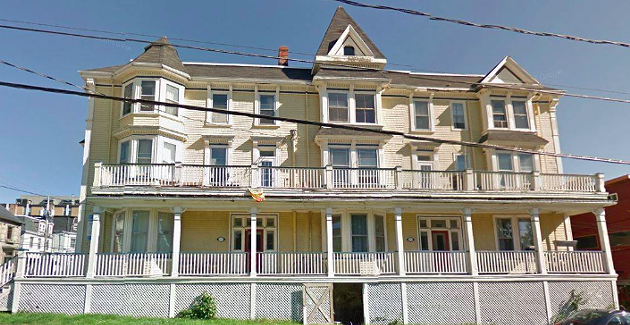 Say goodbye to the Elmwood. The yellow Victorian-era home on the corner of South and Barrington is being torn down and replaced with a six-storey mixed-use development.

It’s the latest razing of old or historic homes to have members of the public wondering whether Halifax’s urban growth spurt is trading charm for banality.

“The proposed replacement building is bland, and appears to be of low architectural quality,” reads a post on the website for the newly-formed Action Group for Better Architecture in Nova Scotia. “It would work equally well on any similar lot in the immediate neighbourhood, where many much more appropriate development sites exist.”

The AGBANS came together earlier this month in an effort to “reach a balance of development and historic preservation.” Its board of directors is made up of Peter Ziobrowski, Matthew Halliday, Angela Henry and Ian Watson. The Elmwood is one of the first projects the group is tackling.

It might all be for naught, though. Demolition permits for the South Street property were issued back in November.

The three-and-a-half-storey stick style building dates back to 1826, when it was a smaller Georgian residence. The house is most famously associated with wreck salvager and steamship owner James A. Farquhar. A statue of the sea captain resides in the Maritime Museum of the Atlantic, which his ghost may or may not haunt.

Farquhar owned the property from 1896 to 1910, when it became the Elmwood Hotel. The site was also home to owned by the proprietors of the Gondola Restaurant from 1978 to 1989. [As noted in the comments, the Gondola was actually next door. —Jacob]

We know all of this history, in part, because the property was amongst the research done for the municipality’s report on creating an Old South Suburb Heritage Conservation District.

Those plans are still progressing and may come before council by September. But with demolition permits issued, the Elmwood’s imminent destruction will likely be grandfathered into any future heritage plans for the area.

For what it’s worth, AGBANS is asking concerned residents to voice their opposition to the plans by writing their councillors, the developer (renthalifax@live.com) and the architects (pauls@pskerry.ca and gregj@pskerry.ca). A public open house on the Elmwood development is scheduled for 7pm, on June 9, at the Westin Hotel (1181 South Street).