The festival aims to empower filmmakers. 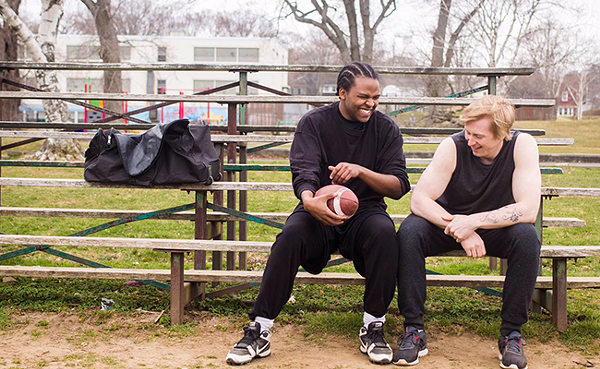 The Emerging Lens Cultural Film Festival has come a long way since its first year, co-founders Tara Taylor and Shelley Fashan remember. "We had one day and one sponsor in our first year," Taylor says with a chuckle.

The festival focuses on diverse, emerging filmmakers. "We used to joke that we're the Black Atlantic Film Festival," she says.

Now in its seventh year, Emerging Lens has expanded to four days. The festival hasn't just expanded its length, but its scope—originally featuring only African Nova Scotian films and filmmakers, the festival has been accepting submissions worldwide since a film from Sudan blew them away in 2015.

Beyond diversifying applicants, the festival has also been diversifying mediums of performance through annual cultural performances to kick it off, including spoken word poetry and interpretative painting.

Taylor says she is most proud of the work that has come from the festival–specifically Studio Black, an anthology about African Nova Scotian folklore that aired on CBC in 2015. And it's only growing.

"This is our third year being international and we're so happy that we had over 3,000 submissions this year," she says.

Only 70 or so will place in the festival. Of the thousands of submissions, they have come from as close as Halifax with films like Hustle & Heart by mononymous local Koumbie, to films from as far away as Iraq.

Fashan says that events like this are important "for the reason you won't find us on Netflix."

She credits Emerging Lens as providing the first space for Andre Fenton to perform, a local poet who just released his first collection, Ode to Teen Angst, last month.

Another aspect of the festival is its pitch session–according to Taylor for the first three years it didn't have any participants, while now it is a popular staple.

Fashan breaks into tears reflecting on the opportunities that the festival has afforded new filmmakers, and local artists in general. She relates a story of filmmaker Cazhhmere, who was frequently asked across Canada the dreaded question "Where are you from?"

"She can't be seen as Canadian because of the colour of her skin," says Fashan. "That's why their stories are important, because they help break down some of these barriers or change their perspective."