There will be cupcakes 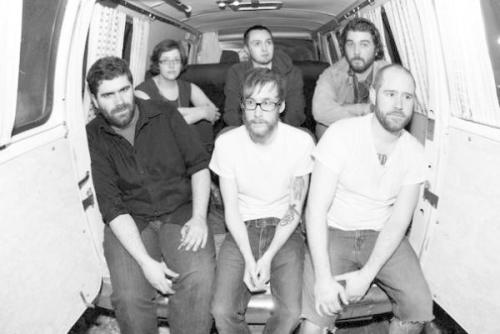 Get in the van. Photo by Arif Ansari

Lethbridge, Alberta’s Endangered Ape have suffered through broken iPhones, jabs about Pitchfork, and various flus and colds to get to Halifax, so show your sympathy and appreciation by coming to Gus’ Pub to see them, their tour buddies Amelia Earhart, Room Doom and the Stolen Minks. “We have a brand new EP called Ape Shall Not Kill Ape that we recorded ourselves at the Endangered Ape compound,” says Paul Lawton (bass). “It sounds like road-madness.” How do they stave off the crazies while driving through those boring, boring prairies? (j/k! The prairies smell great and are pretty fields of gold, like Sting likes) “Adam (Munro, lead singer) is a brilliant storyteller, and tells the most insane/awful stories you could imagine, so we are set for entertainment. We brought our Tim and Eric DVDs and comics (Y The Last Man and Proof are making the rounds). I'm teaching a summer course this year, so I'm trying (unsuccessfully) to get work done,” says Lawton. “My dad got us Sirius for the van, which is great because we can find lots of middle ground between seven music snobs. We discovered the old school hip-hop station to be consistently awesome.”

Here are their desert island lists:

Older stuff:
1) Neil Young's On The Beach
2) Black Flag's The First Four Years
3) The Clean's Compilation (sinful as it is to put a greatest hits on a list, this record is as near-perfect as you can get)
4) Guided by Voices - Bee Thousand
5) Wire - Pink Flag

Music On Tour The Scene