Nova Scotian consumers are paying twice as a result 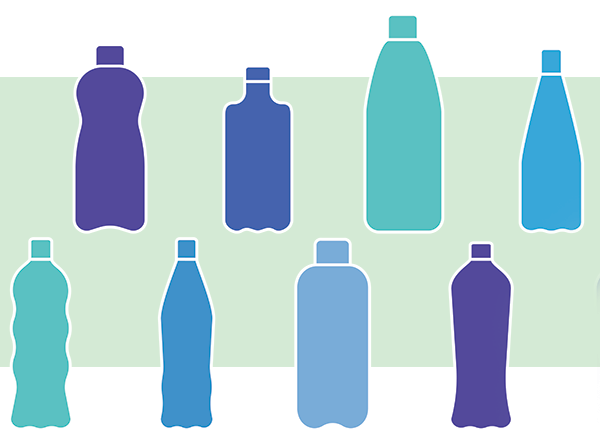 A new recycling model aims to make manufacturers responsible for processing products at end of life, rather than taxpayers.

Extended producer responsibility (EPR) has already been put into legislation in five out of 10 provinces (Ontario, Quebec, British Columbia, Saskatchewan and Manitoba), and has been used in Europe for over 30 years.

But, Nova Scotia is still months or even years away from seeing EPR implemented.

"We've been talking about this for almost a decade," says Andrew Garrett, communications manager for Valley Regional Waste Management.

With EPR, the cost of recycling is typically worked into the shelf price of an item. Right now, Nova Scotians pay twice: once when they purchase a product—because EPR is in place in many other places in Canada, therefore already baked into the price—and again when they pay taxes to recycle it.

Garrett says the provincial government requested a proposal with consensus from every municipality, and representatives from each solid-waste region met to develop the proposal.

"That consensus-based proposal was given to the minister, saying that the municipalities are on side and they want this extended producer responsibility to happen in Nova Scotia," he says.

But, since then the municipalities haven't heard back.

The department of environment told The Coast in an email they received the report in June 2019 and are currently reviewing it, as well as a study on the efficiency of the province's solid waste management submitted in September.

The Nova Scotia Federation of Municipalities and Halifax Regional Council have both supported EPR legislation.

The program's proposal is similar to that in other provinces, and has exemptions for small businesses.

With EPR, larger businesses would need to pay for recycling of their packaging and paper products. This includes everything from magazine and flyer recycling to shampoo bottles and soup tins. Garrett says large companies like Proctor & Gamble, Walmart and Unilever are already on board. (In a 2019 report, household and beauty product giant Unilever admitted to producing 610,000 tonnes of plastic in one year—about 610,000 small cars' worth.)

"They actually want it because, number one, they want to be responsible, they recognize that not all recycling is being managed perfectly," he says. "A lot of them make stuff out of recycled products so they want that supply of material coming back."

The proposal is for full EPR, meaning companies have to manage the cost but also recycling collection and selling to end-markets—domestic and international recyclers which purchase and process sorted recyclables from municipalities.

"They would either reimburse the municipality for the collection, or they could contract that out themselves," says Garrett

With EPR, municipalities would save $25 million annually, however, Nova Scotians likely won't see any change in their recycling collection. "The stuff will still get picked up curbside, the costs are already incorporated," Garrett says. But there could be some changes in the recycling end-markets and even what gets produced.

"If the industry is responsible for the full cost, then they're going to look for the most efficient way possible to recycle," Garrett says. "They may actually, hopefully change what their material is made of to make it more recyclable."

However, the province of Nova Scotia still has no timeline for introducing EPR. Garrett says even if the province approves the municipality's proposal, there would still be a grace period before it fully kicks in.

Next door, New Brunswick began the process to legislate EPR in October 2019.

"We're hoping that's a push to make our province do it," says Garrett. "'Cause it doesn't make sense to have a program that's not all-encompassing."