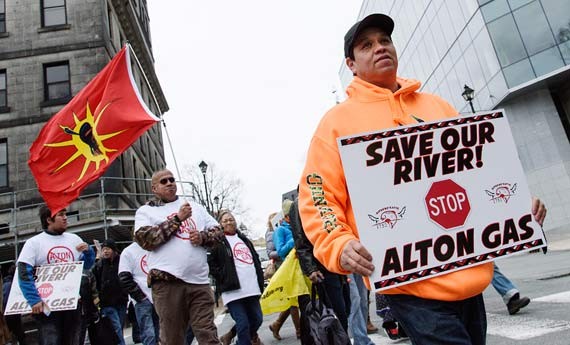 Nova Scotia’s NDP wants to put more control of the province’s ecological future back into the hands of the people.

The party is introducing an environmental bill of rights today, May 5, in the legislature. It’s designed to supplement the Nova Scotia Environment Act and Environmental Goals and Sustainable Prosperity Act through increased transparency and a stronger community stake in protecting Nova Scotia’s ecosystem.

The idea, says freshly minted NDP leader Gary Burrill, is to bolster the the public’s right to participate in the environmental decisions being made about their communities. “This is a major problem in Nova Scotia,” Burrill says. “We don’t have a mechanism for determining what the community does or doesn’t want.”

Currently, a company can rent a hall, throw up some information boards and put a checkmark in the community consultation box, Burrill says. All the legally required facets of public consultation were met with the Alton Gas project, for example. But many of the people actually living around the Shubenacadie River—where the natural gas storage caverns would be built—felt cut out of the conversation, leading to several provincial appeals that were dismissed last month by environment minister Margaret Miller.

The NDP’s new bill calls for several political mechanisms to rebalance this “lack of social license.”

Any provincial decisions involving environmental matters would have to be documented in a free-to-view public registry. Right now only decisions made by the department of the environment are published—leaving out items from natural resources, agriculture and fisheries and aquaculture (among others).

The bill also calls for the creation of an independent commissioner—analogous to an environmental auditor general—who would investigate environmental violations and present annual reports to the legislature.

It’s a vision for the sort of values Nova Scotia should have, says Burrill—a vision, he says, Stephen McNeil’s Liberals have fallen short on. “This is an area in which the government has not shown a great deal of initiative,” says Burrill. “It’s not a peripheral thing. The success of projects and the stewardship of the environment depend on having a system by which citizen participation works.”

The NDP’s new bill is created from a template of the Environmental Bill of Rights passed by Ontario’s legislature in 1993. Similar pieces of legislation have already been passed in the Yukon, Northwest Territories, Nunuvut, Quebec and more than 100 countries across the world, according to the David Suzuki Foundation.

That bill only made it past a first reading. Given that the NDP at Province House now has two fewer members in attendance (after Maureen MacDonald’s retirement and Denise Peterson-Refuse’s medical leave), this new bill of rights probably won’t go much farther.

Small caucus numbers aside, an environmental bill of rights is also likely to be a tough sell in Nova Scotia. A position paper on the website for not-for-profit East Coast Environmental Law notes that the province’s resource-heavy economy means any proposed environmental rights bill could be seen as an attack on industry. Which, in some ways, is kind of the point.

“It’s easier to do business if you don’t have to provide any rights,” says Lisa Mitchell, lawyer with ECE Law. “Any of these opportunities could have some negative financial impact, but that is in the short term. In the long term, it’s going to have a positive impact.”

“The idea that environmental attentiveness and economic development are oppositional matters, antithetical,” he says, “I think this is an idea that we’ve largely grown beyond.”