Transit, Parks and Recreation and Transportation and Public Works were all on the budget debate agenda.

At today’s Halifax Regional Council committee of the whole meeting, councillors and mayor Savage went for round three of batting around the C19-revised budget.

Today Brad Anguish, top boss of transportation and public works, was back on the line, answering questions about the difference between a prune (fruit) and pruning (the act of trimming back trees, plants and bushes.) That was a joke. But he was answering questions about stumps and shovelling. A motion to keep a new program that was to see 10 people hired to do nook-and-cranny shovelling next winter to the tune of $225,000 was taken out of the parking lot—council’s “maybe” pile—and passed.

Right now the department is on the hook for about $7 million of the proposed $85 million in cuts across the municipality, but a motion that passed on Tuesday will have staff return to council with a rehashed (and less conservative) budget guided by councillors' priorities.

Then, Halifax Transit’s Dave Reage fielded questions about busses, bus routes and new rural transit initiatives which are on the chopping block.

COVID-19 has had a massive impact on ridership in HRM. Predicting when it will return is futile. A big part of Halifax Transit’s recast budget is postponing the Moving Forward Together plan. The next phase was to roll out in August—and by moving into the following year brings a savings of $1 million. 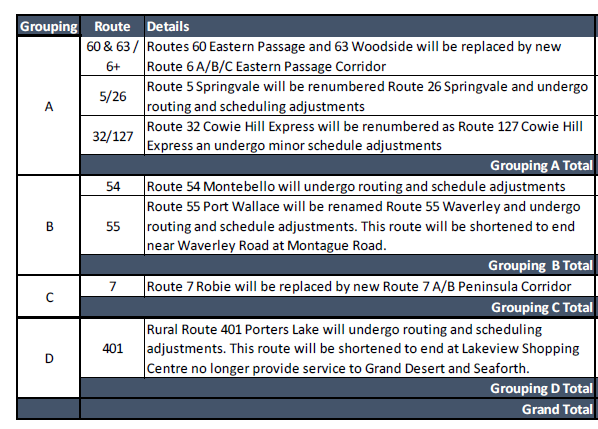 Transit is estimating a $20 million loss in revenue (ridership is down 82 percent), but the province has deemed it an essential service and thousands of people in HRM rely on it to get to work—pre or post-pandemic. Reprioritization will see the Ragged Lake Transit Centre expansion move ahead of the Burnside Transit Centre revamps in the queue. Expect reduced routes, bus purchases postponed and Reage says things like flower gardens at terminals won’t be maintained in lieu of spending elsewhere.

And to finish the meeting, in pure perfection as far as the dissonance between levels of government goes, director of parks and recreation Denise Schoefield was in the middle of answering the question “is there money in the budget after cuts for lifeguards if the beaches are opened by the province” when the beaches were announced open by the province.

The answer is yes, there is money for lifeguards in the budget, but it will need an exception from CAO Jacques Dubé on the hiring freeze.

C19 has thrown most of parks and recreation into a whirlpool, with grant funding for events and projects a suggested cut. But Councillor Waye Mason’s Tuesday amendment for some wiggle room includes taking a second look at this bit, and Schoefield says the department is looking at ways to have virtual events—but the money side of things has not been sorted out. It’ll be on the parking lot for reconsideration next week. (Maybe the week after).

The committee of the whole is scheduled to meet every day next week and into the following to hammer out these details. More department directors will come answer questions. Staff will return with the results of Mason’s motion, a parking lot will be assembled and then the real meaty decisions will start. There will be losers.