Faith in government not enough to protect our environment 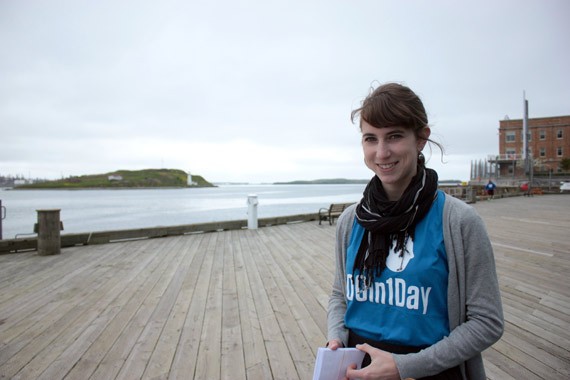 We need real climate leadership and now we have a chance to demand it. On June 28th, Halifax is having a climate town hall with MP Andy Fillmore. This is our chance to influence policy to fight the ever-growing crisis of climate change.

Last December, at the United Nations climate negotiations in Paris (COP21), Canada celebrated being back on the world stage of environmental leadership. As of right now, however, we have not seen action to back up this assertion. The federal government, despite its claims of climate leadership, has been actively preventing climate action.

Despite having signed the Paris agreement committing to keep global warming well below two degrees Celsius, we are still using the (non-)commitments made by Stephen Harper’s government.

If this climate inaction continues, average global temperatures could increase five degrees by the end of the century. During the last ice age the planet was only five degrees colder than today—an equivalent rise in temperature would create devastating and unliveable conditions. We desperately need updated policies to have a chance of tackling climate change.

Prime minister Justin Trudeau and the provincial and territorial premiers drafted the Vancouver Declaration this March to move forward on creating a climate action plan that aligns with the Paris agreement. Working groups were created to write reports and provide recommendations by October. They are to consult expert scientific evidence, the Canadian public and Indigenous peoples.

As part of this engagement process, MPs across the country are holding climate town halls with their constituents. We need to flood these consultations to show the government we demand real climate leadership. Despite their appearance of wanting to get serious about climate change, the Liberals have so far only disappointed. Insisting that we can build turbines and pipelines shows that PM Trudeau and minister of environment and climate change Catherine McKenna are not listening to climate science. If we are to stay below two degrees Celsius of global warming, we need to stop burning fossil fuels immediately.

Similarly, despite promising to work toward reconciliation by respecting Indigenous rights and listening to Indigenous voices, the Liberal government’s actions show their real priorities. The National Energy Board’s decision to approve the Kinder Morgan pipeline despite overwhelming opposition from First Nations and allies is just one recent example of the government’s prioritization of the voice of fossil fuel companies over Indigenous and ally voices.

What’s clear is we cannot simply have faith in our government to follow through on its promises to protect our future—Canada is not yet back as a world environmental leader. What’s also clear is Indigenous rights, protection for workers and the future of our species are issues too important to gamble with.

We need to hold our government accountable. We need to ensure the new climate action plan will be based on climate science, centred on justice, and bold enough to have an effect.