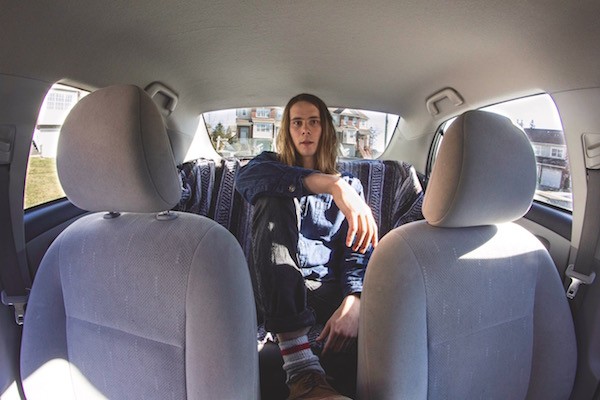 The questions pondered on the upcoming Devarrow album are more than just hashtag millennial problems.

When indie folk singer-songwriter Graham Ereaux started recording songs for a new Devarrow LP, the original plan was to create a narrative-based record built around a person moving from small town to big city and the often conflicting concepts of community and individualism.

"The more I wrote and the more I was touring at the time, the more I realized it was quite a personal record," says Ereaux. "A lot about...how I feel about being someone in my mid-20s and living in the time of, I guess, being a millennial and what defines those experiences."'

Opening track "Heart Attack"—from the self-titled sophomore album due out on October 4 via Paper Bag Records—sets the tone with feelings of anxiety coming through every soft word: "Heart attack in the middle of the night/Even though my hearts all right/I don't know what the hell I'm gonna do," the lyrics declare.

"Throughout the record, [I] keep coming back kind of to those themes of technology, our phone use, or addictions with those things and trying to keep asking these questions of, well how do we find balance?" ponders Ereaux.

After talking to friends and people of other generations, it became apparent these questions aren't limited to millennials.

"While being in your mid-20s now is very much defined by technology and our relationship with technology, the same kind of feelings have kind of been present for any generation and trying to navigate what it means to find balance as well, but like feeling incredibly unbalanced."

Ereaux goes the extra mile on the record, capturing sounds on his phone and laptop to create what he calls a "gritty kind of depressed lo-fi sound" aimed at recording sound on the same devices he consumes information on.

While the record is more personal, Ereaux has brought in more friends to perform under the Devarrow moniker. His debut album The Great Escape was more of a solo affair, entirely self-recorded in his room in Vancouver. Now his Halifax-based band features Evan Matthews on percussion, Peter Gillis on bass and Daniel Crowther on guitar.

"It's been really exciting to share this process with my band. And they're all incredibly talented musicians and can play their instruments way better than I ever could," Ereaux adds.