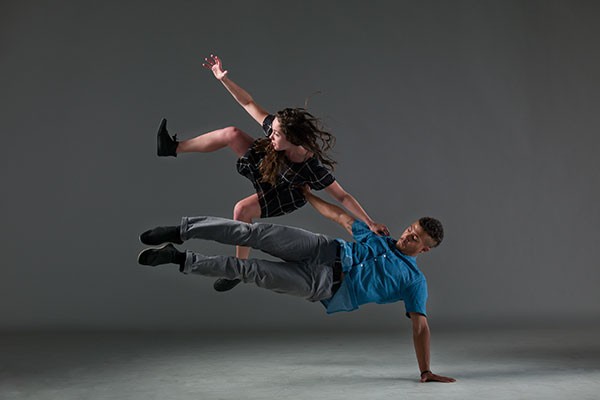 The Little Years Set in the 1950s, John Mighton's play follows a young, enthusiastic and gifted mathematician realize her dream may not be possible as her brother becomes the star of the family and she is forced to settle for a series of unfulfilling jobs. "The Little Years confronts the impact of chauvinism and explores the nature of fame, the value of art, and the passing of time," event organizers add. Bus Stop Theatre, 2203 Gottingen Street, Oct 11-14, $20

PLAYING WITH FIRE: THE THEO FLEURY STORY It's the exhilarating, truth-based tale of Métis hockey legend Theoren Fleury, who made it all the way from Russell, Manitoba to the Stanley Cup. Neptune Theatre, 1593 Argyle Street, Oct 16-Nov 4

KAMP Neptune sees the 2017 indie production KAMP get the stage size it deserves as it follows a group of homosexual prisoners at a Nazi concentration camp and the secret cabaret they wrote as a way to survive. Neptune Theatre, 1593 Argyle Street, Oct 23-Nov 11

RUMOURS The Bedford Players perform Neil Simon's farce that opens with the deputy mayor of New York bleeding, after having just shot himself. It's meant to be the celebration of his 10th wedding anniversary, but his wife is nowhere to be found and the guests are beginning to arrive. Confusions and miscommunications mount from there. Bedford Players Theatre, 1408 Bedford Highway, Nov 1-17, $17

PLAY ON The Dartmouth Players launch their 2018-2019 season with this meta-feeling, play-within-a-play that sees a group of actors trying to launch a new performance while a meddlesome author keeps revising the script. Dartmouth Players Theatre, 33 Crichton Street, Dartmouth, Nov 5-24

MOUTHPIECE 2b theatre company stages this piece following one woman for one day as she tries to find her voice. "Interweaving a cappella harmony, dissonance, text and physicality, two performers express the inner conflict that exists within a modern woman's head," the synopsis promises. Alderney Landing Theatre, 2 Ochterloney Street, Dartmouth, Nov 14-18

THE CHANGELING: CHIMES OF BEDLAM The Villain's Theatre's fall performance sees the troupe tackle what it calls "one of the most darkly funny and shocking plays of the Renaissance" with a new adaptation of the tale of an affair and murder at London's infamous asylum, the Bedlam Hospital. Bus Stop Theatre, 2203 Gottingen Street, Nov 21-25

HA!IFAX COMEDYFEST PRESENTS: BEST OF THE FEST Funny person Orny Adams tickled crowds at the 2015 Ha!ifax Comedy Fest, so it only makes sense the festival's IRL highlight reel would bring him back to town as a headliner. Spatz Theatre, 1855 Trollope Street, Sat Nov 24, 8pm

CINDERELLA: A HOLIDAY PANTOMIME Jeremy Webb gives the classic tale of a girl on her way to a party with nothing to wear the British Pantomime treatment, filling it with all-ages humor and of-the-moment hit songs as Cinderella and Prince Charming try to outrun the clock. Neptune Theatre, 1593 Argyle Street, Nov 27-Jan 5