In honour of the 100th year since (most) Nova Scotian women got the vote, Caravan Theatre assembles a diverse group of performers to celebrate. 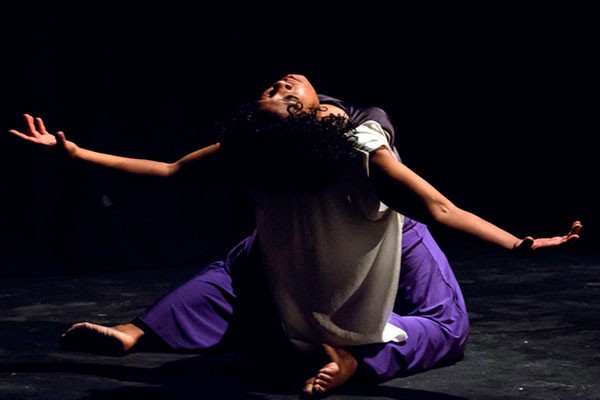 April marked the 100th anniversary of Nova Scotia women getting the vote—or at least most of them. "African Nova Scotians as well were given the right, but they had to be Commonwealth citizens and own property," notes Kathy France. France is the artistic director of Caravan Theatre out of Wolfville, which this weekend will tour a show of female-identified artists from the Valley to Truro, with a Halifax stop on Saturday.

"It feels like there's a groundswell with the #MeToo movement—there's a lot of activism out there, a lot of discussion," says France. So in celebration of the vote's centennial, she was moved to put a group of performers together.

Those artists include musicians Michaela Comeau and Donna Holmes; spoken word artist Al Cusack; author Muriel Zimmer and dancer Liliona Quarmyne. "Her piece is called 'Woman Walking,'" she says of Quarmyne. "It's not set to music, it's set to women talking. She wanted to explore the intersection of race and gender in Nova Scotia: The feminist activisim that arose in 2017, where as a Black woman where did she fit into that?"

There will also be readings of poems from homemakers in the 1970s and '80s, Nellie McClung's mock parliament and the "suffragist playlet" A Chat With Mrs. Chicky. "I wanted to provide an outlet for female-identifying artists who would never necessarily work together to come together and explore and share from their perspective," says France, "where they fit in the conversation."