A powerful performance presented by Xara Choral Theatre tells the story of a young Inuit girl. 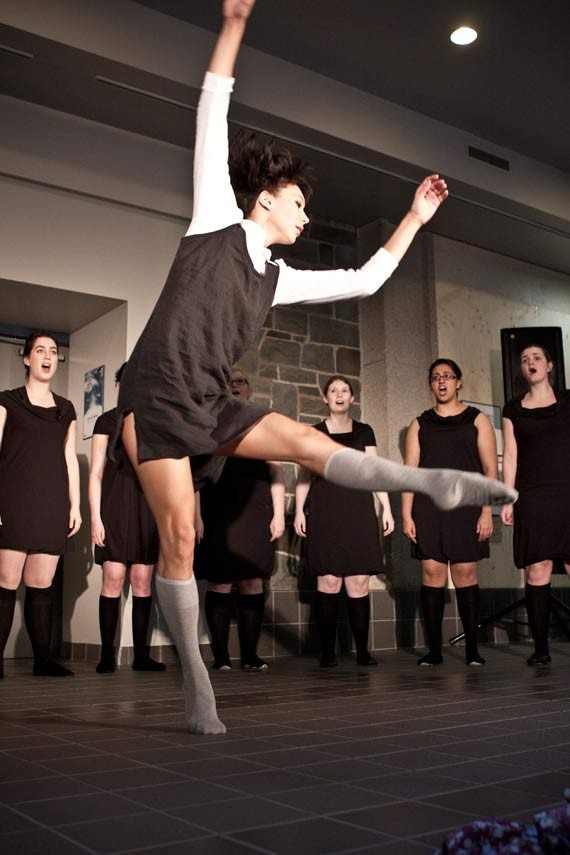 It's been almost four years since Xara Choral Theatre presented a version of Christy Jordan-Fenton and Margaret Pokiak-Fenton's children's book, Fatty Legs, at the Truth and Reconciliation Commission event in Halifax. Anyone who saw it then can attest to its beauty and power.

"The reception Fatty Legs got in 2011 was overwhelming," recalls Xara's co-artistic director and conductor Christina Murray. "A lot of people left the show in tears. It's a story that truly speaks to people and allows non-Aboriginal people to see the issue of residential schools in a new way."

The show uses choral soundscapes, contemporary dance and text from the book to tell the true story of Olemaun, an eight-year-old Inuit child who left her home in the High Arctic to attend a residential school in Aklavik. Olemaun was tormented by her caregivers, forced to cut her hair, forsake her language and take the English name Margaret—yet refuses to be broken by her experiences.

After the Halifax shows on May 1 and 2, Fatty Legs tours throughout the Maritimes. "Connecting with youth is a way to promote and facilitate important dialogue on residential schools," says Murray. "We wanted to be sure this story gets told by taking it to as many schools as possible."