Small businesses who have lost revenue from COVID-19 can apply for 75 percent of wages to be covered. 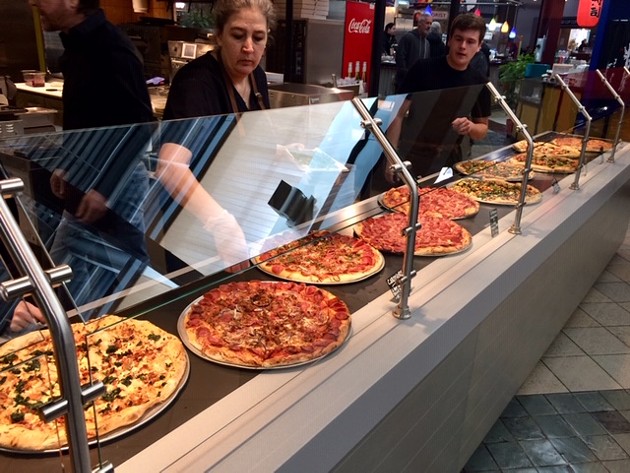 When Brenden Sullivan’s wife first started telling him about COVID-19 back in January, his first reaction was mild curiosity. He didn’t think it would get too bad here. That changed and it all became real for him when the NBA cancelled the season.

For a while, Sullivan tried touchless delivery and curbside pick up. But when Stephen McNeil declared the state of emergency, that was it. “It was brutal emotionally,” said Sullivan. He laid off his staff of 20, some of whom have been with him for 14 years. “It was just brutal.”

The federal wage subsidy announced yesterday will allow Sullivan to hire his staff back. The Canada Revenue Agency will pay 75 percent of employees pre-pandemic wages, up to a maximum annual income of $58,700. The wage subsidy is backdated to be effective as of March 15, 2020 and will last for up to 12 weeks.

The subsidy is available to all companies that can show a 30 percent drop in revenue from sales at this time last year. But there is some flexibility; for example, for start-ups that didn’t exist last year if they can demonstrate a loss in expected revenue, they can qualify.

This is new territory and the government expects there to be companies who don’t neatly fit into the eligibility laid out. A company, or a non-profit that thinks it should qualify, should apply.

Finance minister Bill Morneau warned that there would be stiff penalties for anyone trying to defraud this system—but so far, those penalties are not defined.

In Nova Scotia, the provincial government will defer payments of fees, like small business renewal fees, and government loans until at least June 30.

Both the federal and provincial governments are increasing access to loans, credit and debt through a slew of programs.

The feds are trying to get this money out the door as fast as possible, but it could take up to six weeks. It will count as revenue, meaning it will be taxable. And employees who are being paid by this benefit won’t qualify for the new Canada Emergency Response Benefit.

For Sullivan, this means he can hire some of his staff back, though won't be operating as though it’s business as usual during the crisis. No foot traffic and being in a mall means there’s no way for him to do business. Instead, Sullivan is trying to figure out how to use his kitchen and his soon to be re-hired team to best help people. The plan is to use his kitchen to make food for people who need it and only charge what it costs, which now won’t include the price of labour.