Feeling the beat of The Town

Ben Affleck's film is steeped in an invigorating, low-life authenticity.

Ben Affleck and Jeremy Renner are two of a tight-knit Boston bank-robbing crew. On a job they impulsively kidnap Claire (Rebecca Hall) and let her go with a warning about people who talk to the FBI. Under the pretext of keeping an eye on her, Affleck and Hall begin to date. There are a few things right with The Town and a few things wrong. There is a top-shelf cast, but Affleck (directing) lets them over-boil their acting. (Boston accents aren't subtle.) The script isn't effortless, but the premise and resolution are intriguing. Affleck has crafted two crime thrillers (the other being 2007's Gone Baby Gone) that can be overwrought at times, but are steeped in an invigorating low-life authenticity. More power to him: both the overwrought and authentic qualities betray his earnestness.

The Town is not showing in any theaters in the area. 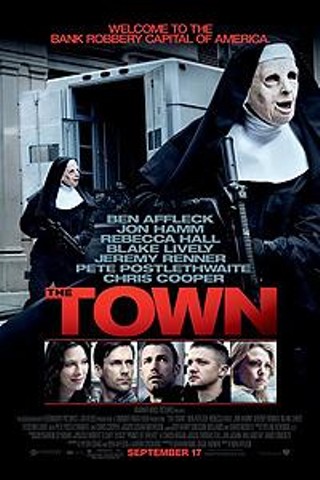