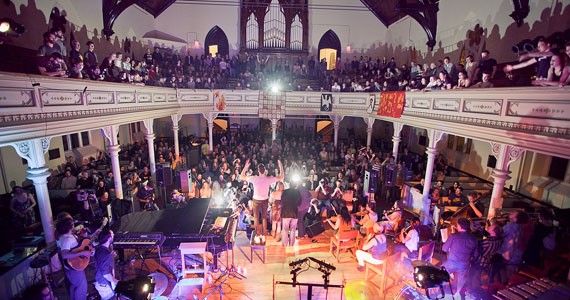 Halifax council approved $385,000 in funding for hallmark events this week. This category of grant funding targets recurring events with large impacts on the the city's image, identity and economy, whether for the traditions they represent, the attention they garner outside the city or their mere ability to draw large crowds, like the Blue Nose Marathon, which received an increase of $10,000 to bump up its grant to $60,000 this year.

The Halifax Pop Explosion also received an increase of $15,000, up to $25,000. It's worth noting, though, that this falls short of the $40,000 it was given last year, three-quarters of which was contingent on a free concert.

The Royal Nova Scotia International Tattoo received the largest sum at $90,000. The Halifax International Busker Festival received $50,000, and the jazz and film festivals $40,000 each.

The council also approved $23,700 for festival and events grants. These tend to be annual, small-scale, community events such as Canada Day celebrations and cultural gatherings.

The grant money passed swiftly without resistance from council, unlike last week's decline of funding to several popular events.