The leader in local, sustainable eats calls its quits after 13 years 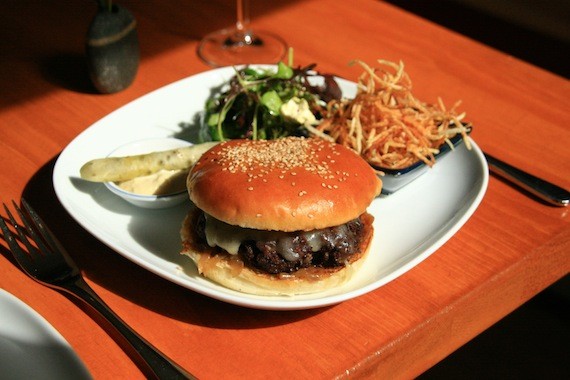 Shedding a tear for the Fid burger

When Fid Resto (1569 Dresden Row, 422-9162) announced that it’d be closing in late May, people freaked out a little. Saddened by the loss, the internet threw around dismayed comments about the decline of downtown Halifax and landlord accusations, while in reality it turns out that Dennis Johnston and Monica Bauche just want to take a much-deserved breather, and the end of their lease made for good timing. “We’ve just been doing it for 13 years, and we didn’t want to do it for another five,” says Johnston, who adds that Bauche (his business partner, and wife) likes to “shake things up every decade.”

While Fid’s closure marks the end of an era for some, looking back it’s actually the opposite. The much-loved, locally-minded resto marked the beginning of one. “The big thing is that I'm really happy with is that we were the pioneers for local food here,” he adds. “It’s really nice to see the younger generation of food service owners have the need for local on their lips immediately.” For Johnston, who’s food philosophy changed when he was working as a chef in Montreal during the slow food emergence in the late 80s, buying local has always been what he calls an ethical investment and a bit of a no brainer. “I wanted to show off everything in the province, and show people that it’s all right here,” he says. “A lot of people operate in obscurity but bringing them together and highlighting them, that's what it's all about.”

This may not be the last we’ll see of Bauche and Johnston, but they remain pretty tight-lipped on what’s next. The pair send out big thank yous to their supportive patrons, and the foragers, farmers, fishers and other producers that they’ve worked with, “because they are the reason why we are who we are,” says Johnston. With 12 weeks until Fid’s closure, it's time to get eating. During its last few months, the resto will continue with its backdoor pad thai, small plates (on the last Wednesday of each month, which means there’s one tomorrow) as well as some yet-to-be-announced extra special brunch, lunch and dinners. To keep tabs on all the juicy details, sign up for Fid's newsletter here or follow @FidKitchen.