Stephen Harper and R.B. Bennett two birds of a feather 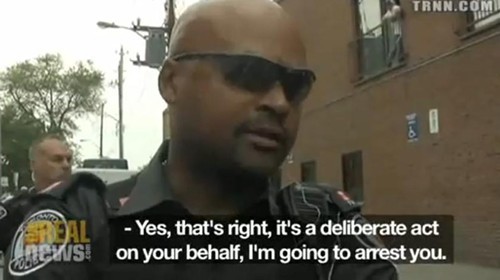 The director of a film about a notable Canadian labour protest says he deliberately linked the historic events of 1935 to police repression at last summer’s G20 summit in Toronto. Alan Segal was speaking last night during a screening of his documentary Trek at the Bus Stop Theatre in Halifax.

The film shows a scene in which a Toronto cop was caught on camera threatening to arrest a young woman for blowing soap bubbles in his direction. “If the bubble touches me, you’re going to be arrested for assault,” he warns. “You’re gonna be in handcuffs, all right?" His voice rising in anger, he adds, “You touch me with that bubble and you’re going into custody.”

More than a thousand people were rounded up and held during the G20 protests, the largest mass arrest in Canadian history.