There are an astonishing number of parallels between these two unlikely movies.

I'm not the only one noticing the striking similarities between the plots of Egoyan's Chloe (screened for delegates and press this morning) and Judge's Extract (released earlier this month). My colleague Mark Palermo mentioned the parallels in a conversation about post-screening dissection and The AV Club's Scott Tobias mentioned the connection in his review of the film at the Toronto International Film Festival.

Chole screens at the AFF this Thursday, so at your service is a primer with all the talking points you will even need when trapped in a discussion of Egoyan's latest.

Extract: Harried food extract company owner Jason Bateman is frustrated by both the numbskulls at work and his wife's, Kristin Wiig, numb vagina at home. He craves an affair with a trampy temp, Mila Kunis, so hires a himbo, Dustin Milligan, to seduce his wife in order to mitigate his guilt about cheating on her.

Chloe: Seyfried is a revelation as the sexually confidant working girl, however the script has Chloe as in control and intriguingly mysterious in the first half, and irrational and needy in the second. It's an unfair devolution for such a complex character and props go to Seyfried for remaining credible throughout.

Extract: Extract boasts two interlopers in a stagnated marriage: Dustin Milligan's Brad is a classic man-ditz, relying on his golden good looks to worm his way into situations and coming up short in wits to get him out. His jaw-dropping stupidity makes him a treat to watch. Kunis is deployed as a sociopathic con artist bent on stealing money from Bateman. Thankfully she remains unrepentant about her motives throughout.

Chloe: Egoyan's romance for Toronto is one of Chloe's biggest recommendations. The details of Canada in winter are perfect. Julianne Moore is often storming into scenes while wrestling out of a thick coat and scarf.

Extract: Judge's eye for the impersonality of modern-day gathering places and neighbourhoods deserves further study; Affleck seems comfortable working in a sports bar attached to a Marriott Hotel and Bateman lists, at one point, his McMansion as a signifier of his success. There is no room for 'character' in the art design in a Judge film and that is the point.

Chloe: An interesting watch for Seyfried's performance and loving shots of Toronto in winter, but forgettable for an unoriginal tone (neo-Hitch) and wan sexual-thriller tropes.

Extract: Judge's cinematic legacy is secure with Office Space and his other efforts delight in similar ways, even if the sting isn't as razor sharp. Extract is an adult comedy about a man with multiple pressures on his shoulders and no instinct in how to relieve them. 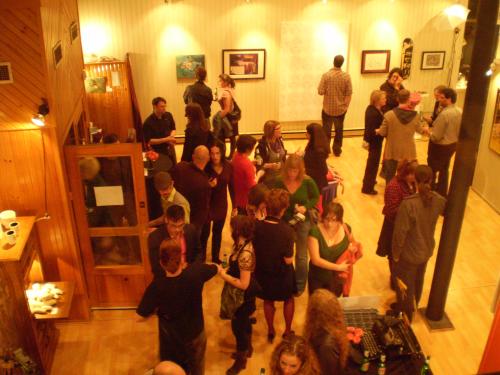 Note to Stalkers (i.e. my regular and beloved readers); I'm going to be away from the blog Wednesday and Thursday due to other festival commitments, but I'm going to be back Friday and Saturday to report on the final push.