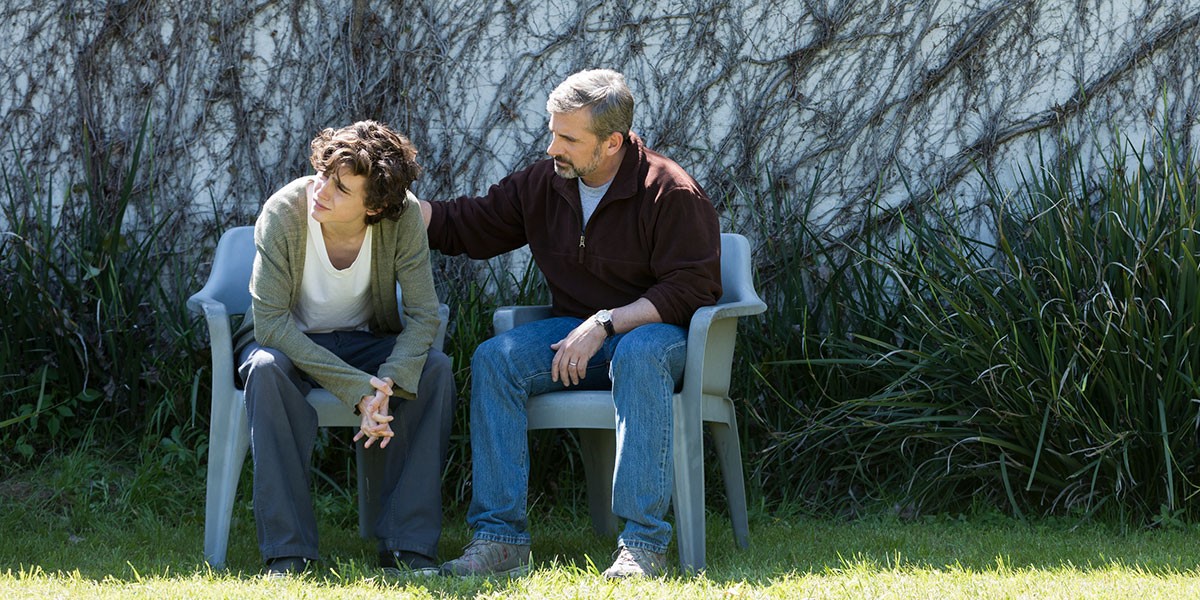 Starting right from the title, there's something very earnest about Beautiful Boy, the Belgian director Felix Van Groeningen’s adaptation of an addiction story based on memoirs by David Sheff and his son Nic. This is something we’ve seen over and over—it’s happening on a nearby screen in A Star is Born right now—but rarely do we get both perspectives. It’s hard to get on side with someone like Nic (Timothée Chalamet), a privileged teen whose father (Steve Carell) is a successful author and journalist with the likes of Rolling Stone, The New York Times and Fortune living in an incredible California home. He’s got cute siblings and a nice stepmom (Maura Tierney). And yet he's addicted to meth.

It’s the kind of movie that is begging for awards, no one harder than Carell—Welcome to Marwen is out this season too, and it's directed by Robert Zemeckis ffs—who is a fine dramatic actor so far unable to escape Michael Scott. (Something that will not help here—but is amazing—is that Amy Ryan, AKA Holly Flax, plays Sheff’s ex-wife Vicki.) Chalamet broke through big-time last year with Call Me By Your Name and Lady Bird and this will fuel his DiCaprio-circa-1996 ascension. But despite the terrific cast—Tierney gets one big scene and it’s the movie’s best—the overwrought performances of the two men at its centre make Beautiful Boy feel rote and recycled, curiously cold.