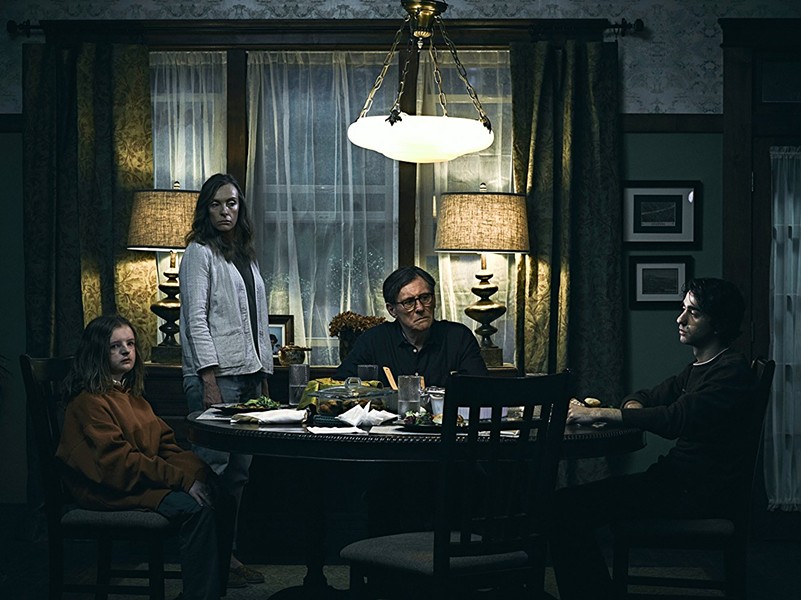 Hereditary has been hyped to hell. The hype is justified.

The film opens just before a funeral. Artist Annie Graham (Toni Colette) is about to bury her mother, with whom she had a stormy relationship. Annie’s husband Steve (Gabriel Byrne), her son Peter (Alex Wolff) and even Annie herself appear largely unshaken by the death. Her daughter Charlie (Milly Shapiro) is the only one apparently struggling—for reasons revealed later. Horrors begin to manifest themselves in small ways, at first: Annie sees an apparition in her workshop, Charlie behaves strangely (though we get the sense she’s always been strange). Then, things get absolutely fucked and Annie is left to grapple with the darkness her mother left behind: darker than grief, darker than her family history.

Hereditary has been called the new Exorcist. It’s reminiscent of Rosemary’s Baby and has the slow-building, eerie atmosphere (not to mention the occult references) of The Witch. In truth, though, it’s not totally comparable to any other movie. It’s the kind of film that sinks its claws into you and refuses to let go, making you uneasy from the time it starts rolling. Everything from the score to the way it’s shot is a recipe for the heebie jeebies. Collette is brilliant, while Wolff and Shapiro make it clear we should see more of them in the horror genre. Hereditary’s not a “fun” movie-going experience, but it delivers what it promises—horror—and sticks with you long after you leave the cinema. Warning: Decapitation, bugs and demonic rituals aplenty. Oh, and the dog dies.