Film review: Outside In 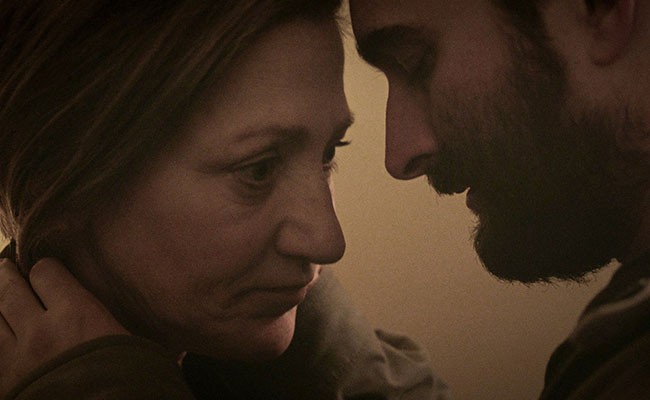 Lynn Shelton makes small movies with high concepts, such as 2009's Humpday, about two straight best friends who agree to have sex for an amateur porn competition; and Your Sister's Sister, a single-location three-hander involving sperm-stealing. Both of those starred Mark Duplass; Shelton's latest stars his brother Jay as Chris, who's returning to life in his small town after serving a prison stint. He reconnects with his former high school teacher Carol (Edie Falco), who helped get him out. He is clearly in love with her, or thinks he is; she is married and conflicted. Their town is small, generic and working-class, the kind of place where everyone knows who Chris is and what they think he did.

As he tries to adjust to a life that no longer makes sense—living in a shack with his brother, biking around on his old BMX because he's not allowed to drive, trying to find menial work—Chris' feelings for Carol intensify to a near-obsessive degree. She's highly aware of the impropriety but flattered by the attention. Shelton, whose most recent credits include the television series Casual and Love, is best at creating heightened, intimate moments between two people, pushing her camera so close to their faces it's almost uncomfortable.

Falco is aces at this kind of performance—though it's quieter than we've seen her in a long time—and Duplass, who co-wrote the movie, nearly sags with sadness. Add an Andrew Bird score and a lot of rain and this tiny movie hits a lot harder than you might expect.