First Look: inside The Watch That Ends The Night’s cool Canadiana

Dartmouth’s newest restaurant made its debut this week 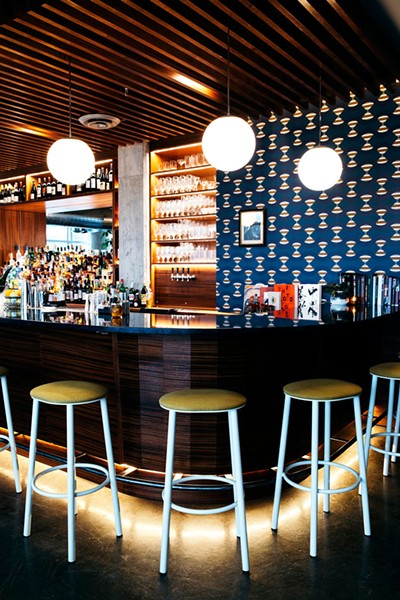 “Happiness annihilates time,” wrote Hugh MacLennan in his 1958 novel The Watch That Ends The Night, the namesake of Bethany and Joe Gurba’s new 80-seater restaurant and cocktail bar on the second floor of King’s Wharf in Dartmouth. “It’s the idea time can be cruel and arbitrary, but it feels amazing when it dissolves,” says Joe. This idea permeates the whole space, which is a hybrid of formal and casual dining with knee-high cocktail tables, plush sofas, mahogany dining tables and an alcove of booths and chairs bookended by large, leafy plants. Joe has been a radio DJ, business analyst and once owned a record label, but restaurants are his favourite places. “It’s where I want to spend all my time. It’s an art where you can make a living and flex your artistic muscle. This place exists for that purpose.” 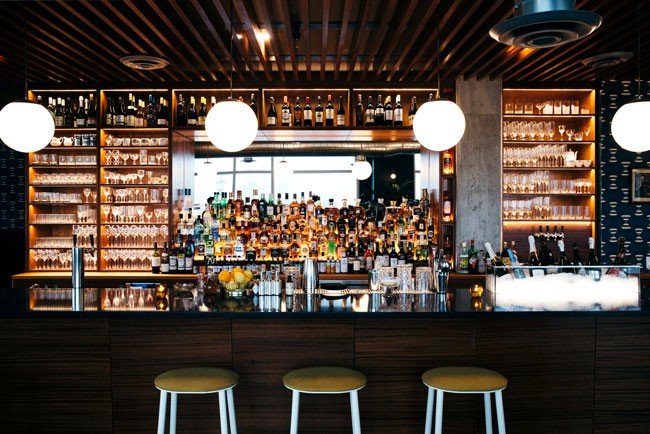 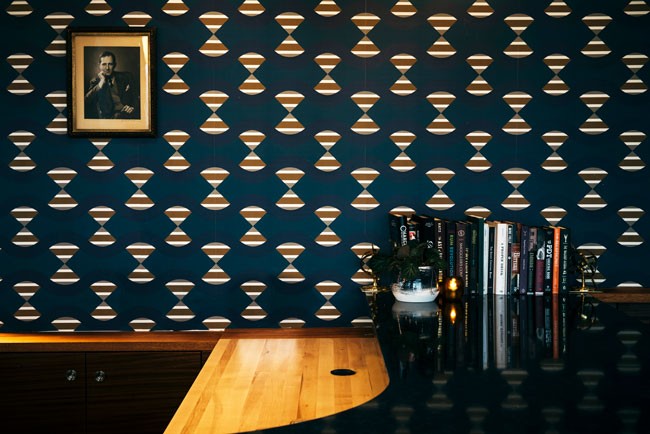 “The bar is focused on rum in a way that’s not related to tiki,” says Joe of the over 25 varieties The Watch stocks. He believes that much like American whiskey rose in popularity 10 to 15 years ago, rum is due for its own renaissance; there isn’t another drink that spans quite as many colours and flavours. “You could put a rum from Cuba and a rum from each other and they would taste more different than cognac and scotch,” says Joe. He believes Dartmouth is an ideal place for such a cocktail bar, where the local seafaring history includes rum imported from the Caribbean and given out to sailors. While the warm wooden cocktail bar occupies the middle of the room, the true centrepiece is the framed portrait of Hugh MacLennan that hangs slightly to the right. Joe says one of MacLennan’s cousins surprised staff by gifting them the portrait only two hours before the restaurant first opened for family and friends. 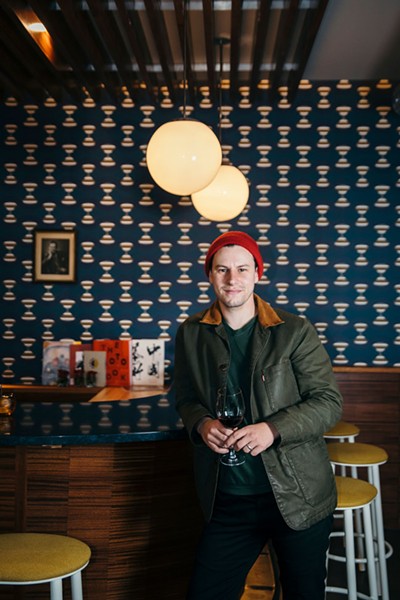 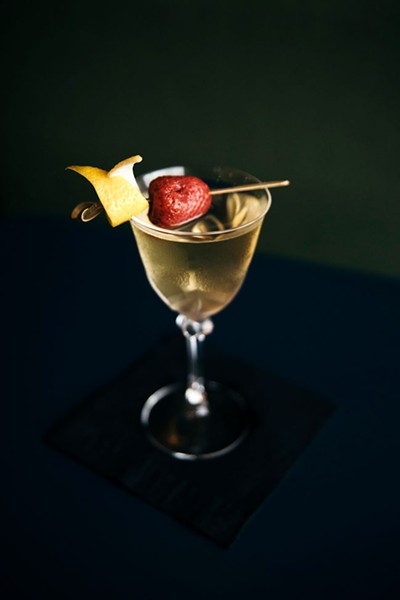 Bethany and Joe wanted to embody Canadian cuisine through ingredients and techniques, not by beating people over the head with poutine and maple syrup. They settled on the concept of preservation, which includes cured meats and fermentation. “It’s the idea of preserving the seasons and making it through winter,” says Joe. It’s cooking with microbes, not heat. In many ways, it feels like a magic trick. But as chef Mark Gray explains how the ferments are burped twice per day and the humidity and temperature of the cured meats are regulated and logged, it becomes clear that every ingredient in this kitchen comes down to a science. The menu may change on a dime, but right now it includes gravlax made from arctic char, smoked sturgeon loin, salmon and four types of boards (dairy, meat, seafood and vegetable) piled with a panoply of inventions, like fermented strawberries and rutabaga sauerkraut. 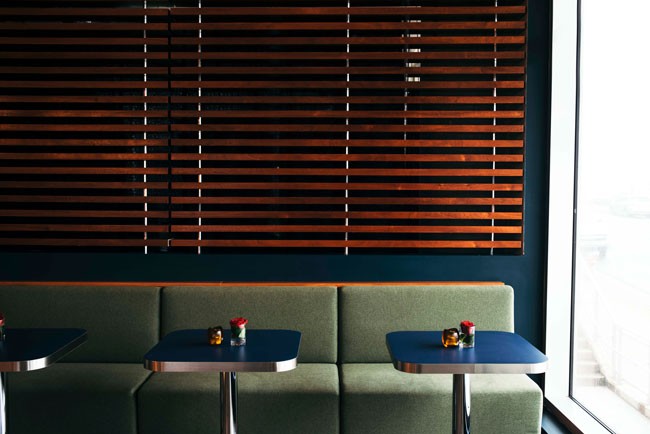 The wallpaper is designed to resemble waves and hourglasses, another thematic nod to time. Keeping with the mid-century aesthetic, the restaurant also takes inspiration from dishes that no longer frequent menus, such as French onion dip, shrimp cocktails, sundaes and even jello. A moon and sun emblem that marks the entrance pays homage to the woodcut, slightly askew artwork on paperback novels from the late ’50s to late ’70s. There is a book collection to be leafed through and the music is soft enough for easy conversation, both lending to a warm, thoughtful atmosphere. “We wanted a well-lit room,” says Joe. “A place where you can talk without it being too dim to have bright ideas. I think Hemingway wrote about the kind of bar where you can meet new people or come alone to think –an intellectual space with a menu and a drink program that reflects those values. 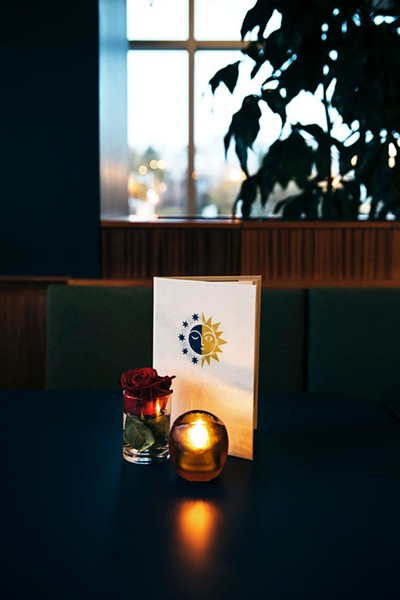