Downtown gets a slice of Dartmouth’s favourite little pizza shop. 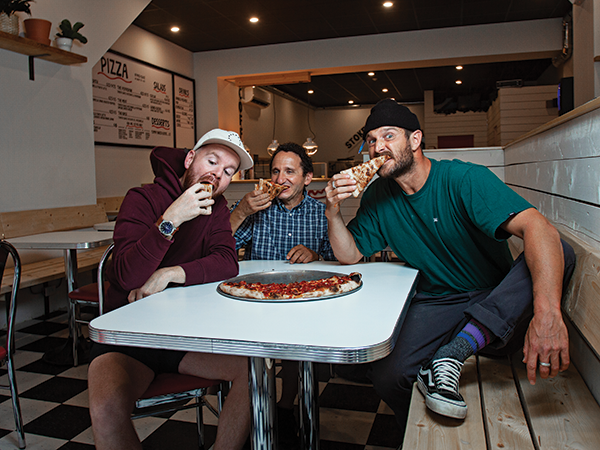 Josh Nordin had a hunch when he first took a tour of 1663 Barrington Street last fall. It wasn't much to look at then—a run-down office space with dingy carpet, cubicles, low ceilings and no bathroom—but its massive storefront windows gave him a glimpse at what the space could be with a little bit of energy behind it.

"We've been approached by like every new building, new condominium or new apartment building that's been built in the last like a year and a half, but we didn't want some concrete box. We wanted some old shit building with some history that we got a chance to, you know, build onto," says Nordin of his hunt for a second location for Dartmouth's beloved Yeah Yeahs Pizza. "And these Barrington infills, they all look like a pizza shop. So it's about time that one of them is one."

Now, the aged space is the opposite of worn and dirty. High ceilings, bright white walls and pops of greenery meld a minimalistic feel with the fun times—doodled-on paper plates and Nintendo. The transformation came thanks to a DIY renovation, with Nordin's co-owner Dean Petty taking the reigns with the help of many friends. ("There's a lot of people out there that have a lot of free pizza in their future," adds Nordin.)

"We had the opportunity to really create our own identity, or at least build on whatever identity people think we have—which is like, you know, fun, posi pizza shop. Quality pizza, in a super-fun kind of setting that's sometimes a little stupid," says Nordin. "When you walk in here it's a Yeah Yeahs Pizza, it's not a fancy Yeah Yeahs Pizza. It's not like the downtown Yeah Yeahs Pizza."

The vision for Yeah Yeahs the second was more about spirit than look. The space's design is clean and functional. Petty and Nordin say it didn't start with some elaborate sketch, but instead focussed on the kitchen and worked out from there. Though much bigger—from the cooking space to the lining-up space, to the seating and the bathrooms—it's still the same scrappily cool pizza shop that opened on a budget in Two If By Sea's little loft space back in 2017. This time around the pair still aimed to spend money wisely on things that mattered—and save it where they could. See: the 30-year-old tables and chairs (straight out of an old Zellers restaurant) they bought in the valley for just over $200 and reupholstered themselves.

Nordin says consistency is key in opening a second restaurant, and thanks to the shop's first and longest employee dough-maker extraordinaire Sal Mosca (who he calls "easily the backbone of Yeah Yeahs"), that won't be a problem. He's got new gear to quadruple his dough output so you won't taste a difference between Dartmouth and Halifax.

"It's a large part of why we wanted to build this shop, to be that institution pizza shop that like 20 years from now is still here, still serving the same thing. Maybe a little bit beat up. You know what I mean?" says Nordin. "We just want to create something timeless." 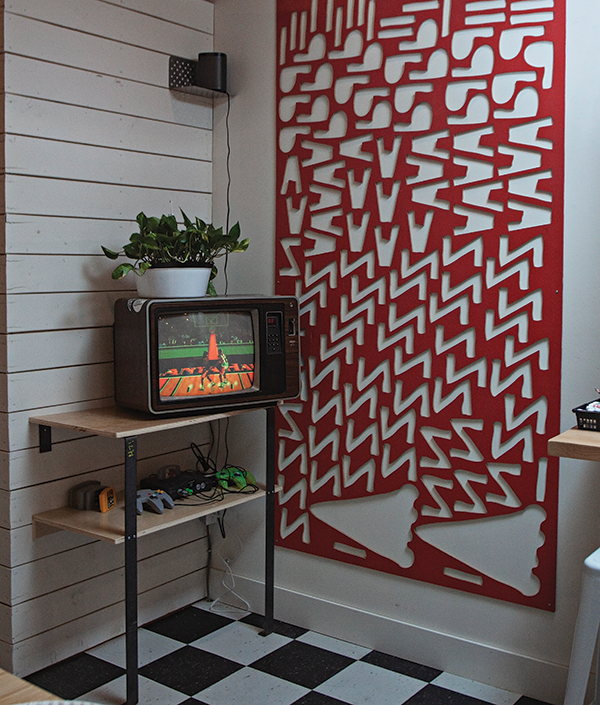