The elevator in city hall has an expired operating license.

The elevator in city hall has an expired operating license. 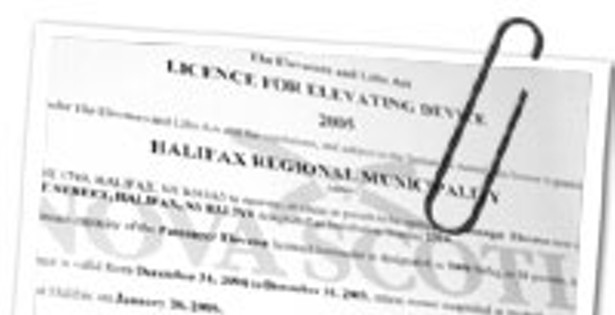 Remarks: To be fair, Kennedy has already fulfilled his primary responsibility. According to Kennedy, a new up-to-date license has already been sent out to city hall - it just isn't on display. "A lot of licenses get sent out in bulk and they sit there for a week or so and they don't get posted. People wait for the maintenance contractor to come in and post it in the cars," says Kennedy. "That could be the problem. I'll certainly make sure it gets put up ASAP, but I'm sure it's been issued." So, although it may appear that the elevator has been unlicensed since the end of 2005, apparently it's just poorly labeled.


Who's Responsible?: Randall Kennedy, Elevator and Lifts Manager / Chief Inspector for the Nova Scotia Department of Environment and Labour.