Mars adventure a bit too crammed with ideas and effects 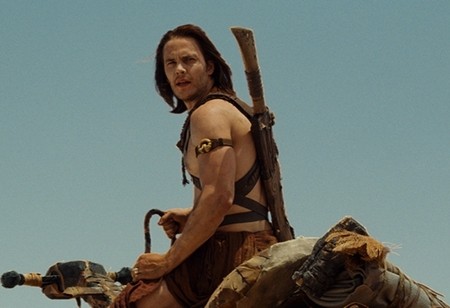 One can’t count a paucity of ideas among the numerous flaws in John Carter, an adaptation of an Edgar Rice Burroughs story. The action-adventure flick brims over with alien creatures, plotlines that feature space travel, romance and war and thematic nods to environmental destruction, politics and the Bible. This J.C. (get it?) is a former Confederate soldier who stumbles on a portal to Mars, where the low gravity leaves him capable of superhuman feats and where two human-like Martian factions and aliens reminiscent of Jar Jar Binks are at each other’s throats. Stanton strains to pack these elements and more into two celluloid hours and Taylor Kitsch does him no favours with an inanimate performance in the title role. Great creature effects aside, John Carter adds up to less than the sum of its convoluted parts.