Intrepid Coast reporter gets a special view of the harbour happenings.

June 29, 2010
It's funny how things happen sometimes. I was on assignment down on the waterfront for next week's Go Local Shoptalk, when I ran into a gentleman of my acquaintance who invited me to join him to view the fleet review and potential Snowbird flyby from Georges Island. Jumping into his speedboat, it took no time at all to boot over to Georges, and we had no hassle from local constabulary. It appears that the Canada Parks regulations governing uninhabited islands are a bit foggy, or perhaps the harbour patrol had better things to do today than bother with us. Whichever, we explored the island and all its treasures (kind of like Citadel Hill, but overgrown. We saw no snakes.) and had a wonderful and unimpeded view of the ships in the harbour, the USS Wasp, the HMS Arc Royal, the HCMS Toronto, the HCMS Athabaskan---which shot off its guns in salute---a Canadian submarine and the Danish warship Absalon. Queen Elizabeth passed aboard the HCMS St. John's, which circled Georges and docked near the Maritime Museum. And no, I didn't actually see her aboard the St. John's, and the Snowbirds didn't appear... maybe too foggy? Still, quite the spectacle. 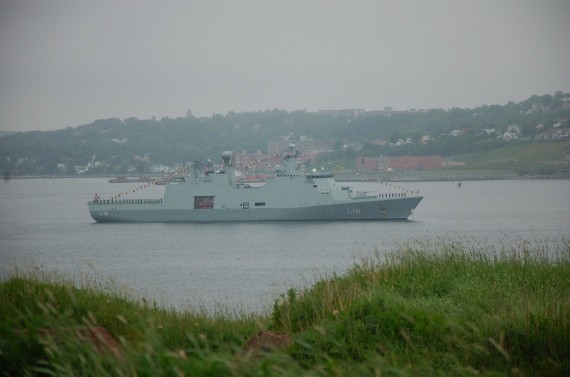 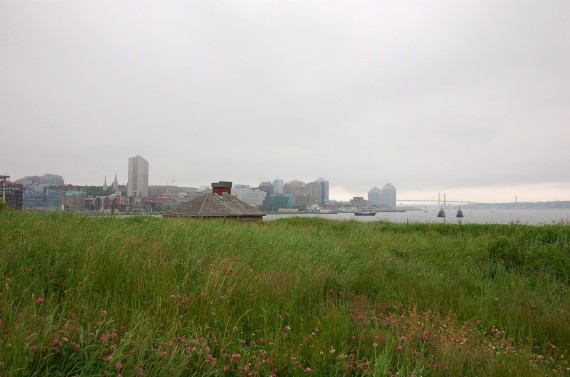