The protagonist's situation is awful, but so is she. 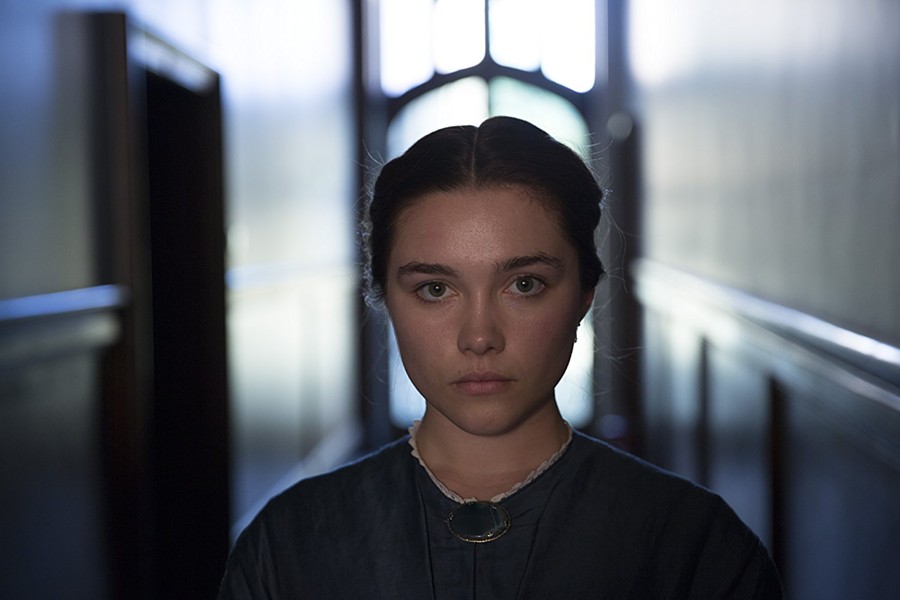 Lady Macbeth has long been a go-to scapegoat descriptor for a manipulative woman, a crazy bitch with a sexual and/or emotional hold over her man, using him to do her dirty work. Once considered flaws of character; in  2017 Lady Macbeth is an aspirational hero.

Our eponymous lady is Katherine (Florence Pugh), barely out of her teens and sold into a wildly unpleasant family in northern England (William Oldroyd’s film is based on the novel Lady Macbeth of the Mtsensk District). Her much older husband (Paul Hilton) won’t touch her (thankfully), but he will order her to stand naked whenever he feels like it. He leaves on a vague mission and she takes up with a barnhand, Sebastian (Cosmo Jarvis)—no prize himself, when Katherine meets him he is humiliating Anna (Naomi Ackie), a woman of colour treated terribly by everyone—and is promptly dickmatized. People start dying for this relationship—first the horrible ones, then the innocents.

Lady Macbeth pulls at you from both sides—Katherine’s situation is awful, but so is she, letting Anna take the fall for her worst sins knowing the punishment a Black servant will take. But then, is she the product of her rigid, stifling, misogynist environment? Definitely. (Then, as now, blame men.) Oldroyd asks a lot of the relatively inexperienced Pugh, and she nails it, a box of steely reserve constantly threatened with toppling.