Go behind the scenes with the singer-songwriter Thursday before her Symphony NS showcase. 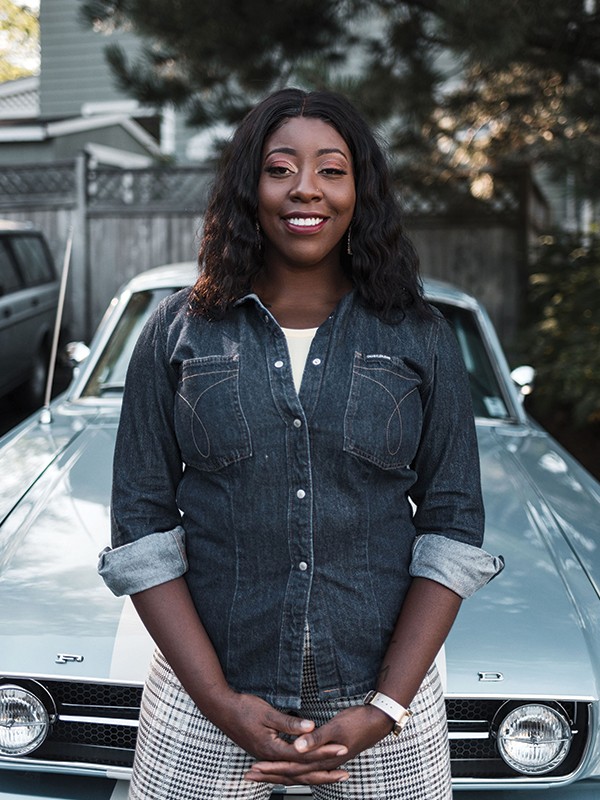 We called it way back in August 2019, when we covered Jamacian-born, Halifax-based musician Jah’Mila for a feature on the Halifax Urban Folk Festival: “If you’re not already addicted to the artist’s distinctive, roots-y reggae, her HUFF showcase will have you hooked,” we decreed, begging readers to stop what they were doing to turn up tunes like her Jazmine Sullivan-meets-Judy Mowatt bop “Reggae Soul.”

The thing is, though, when you have a talent like Jah’Mila’s, people don’t need convincing to pay attention. This became clear when, soon after the HUFF showcase, her name started peppering more and more local festivals’ upper billings and, later, when her summer 2020 anthem “Chant Their Names” gained much-deserved national traction. (“Chanting their names is a way to remember their faces and remember their stories,” she told us last August of the searing, powerful song that takes aim at police brutality and mainstream apathy.)

It’d be easy to let her musical lineage account for her talent, since her father, Earl "Chinna" Smith, is a legendary guitarist who has recorded with everyone from Bob Marley to Lauryn Hill. But don’t be fooled: Jah’Mila’s ability to frame the current zeitgeist between a rimshot and downbeat is something that’s all her own. Her genre of choice "was our way to not only communicate secret plans for revolutions, but also it was a way for us to liberate ourselves, to raise our voices and comfort each other,” she added back in that 2020 story. After all, “Reggae has been the voice of the oppressed since its genesis.”

Further proof that her star is only rising higher? Jah’Mila is ticking another Halifax music milestone off her list: Performing alongside Symphony Nova Scotia in a live broadcast that will air this Thursday, Feb 25, at 7pm via Facebook Live and Youtube. (Other local musicians who’ve had this honour include scene heavyweights like Ben Caplan and Mo Kenney). She’s taking over The Coast’s Instagram on Feb 25 to mark the occasion, taking our readers behind-the-scenes of the symphony show, hosting a Q&A and more–so tune in all day long.