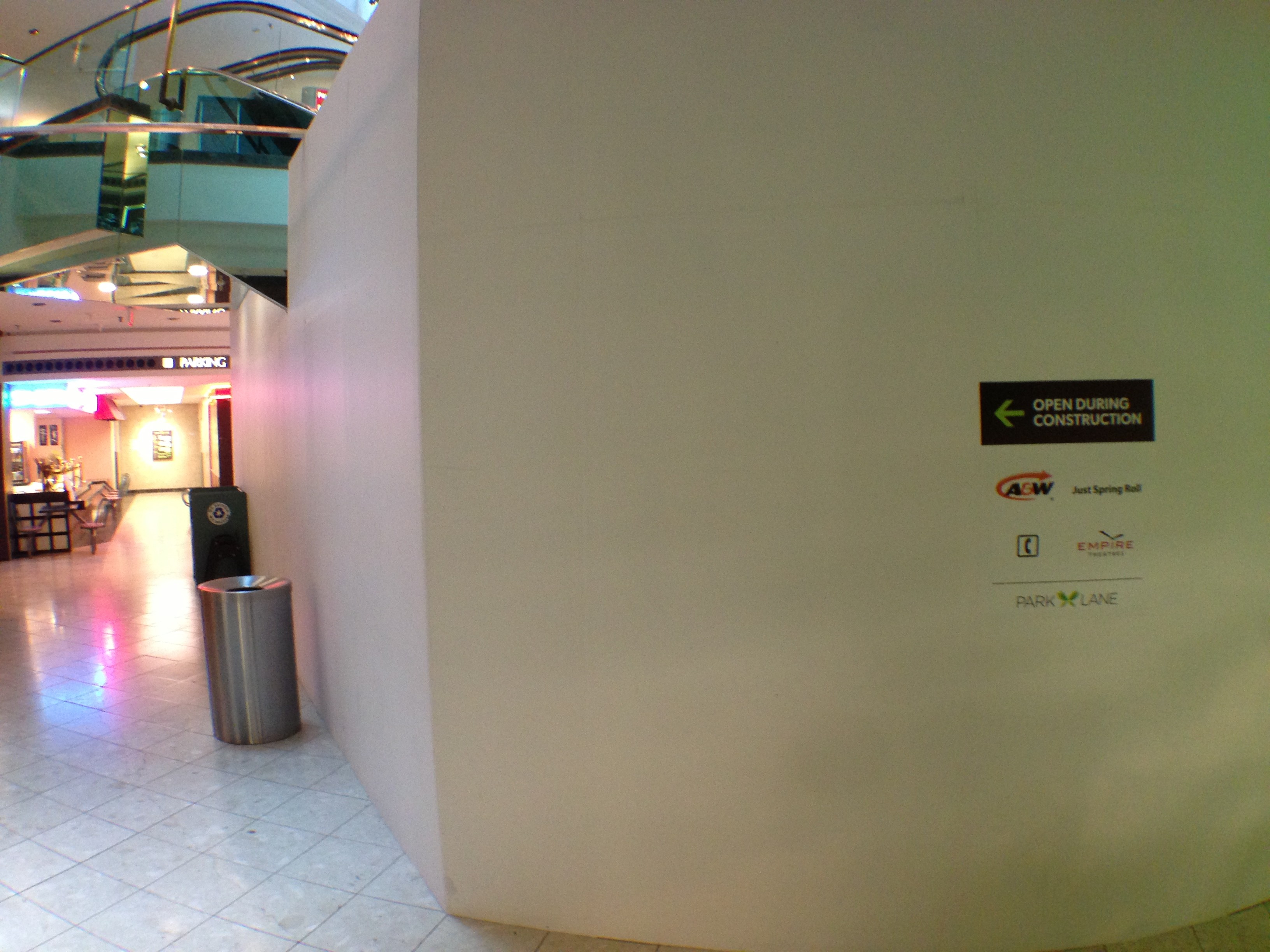 We're big supporters of healthy living. We commend those who remain avid gym-goers despite the taunts of blistering heat and and icy cool beers. We are excited that Park Lane Mall's basement dwelling Goodlife fitness club is getting a expansion/makeover, and even though we'll miss the fountain, we embrace change.

But, as always, we've got food on the brain. In the face of renos, Treats made the move upstairs earlier this summer, but now said construction is causing some troubles for nearby neighbours A&W and Just Spring Roll, and those seeking a quick bite.

So to clarify, yes, there is a large white (temporary) wall obstructing access to all of the Mama Burgers and pad Thais your heart desires, but fear not concerned diners (truthfully, there are some)—THE RESTOS ARE STILL OPEN. According to Park Lane Mall's general manager Mike Samson if all goes according to plan the construction should be out of the way by September, and the two-counter food court will be staying put.

Until then, think of Park Lane's bottom level as a big maze. You're a mouse, and your spring roll is the cheese at the end. You just have to do a little extra work for the payoff.