Nova Scotia needs more than a a bandaid solution and seasonal giving for the food insecure. 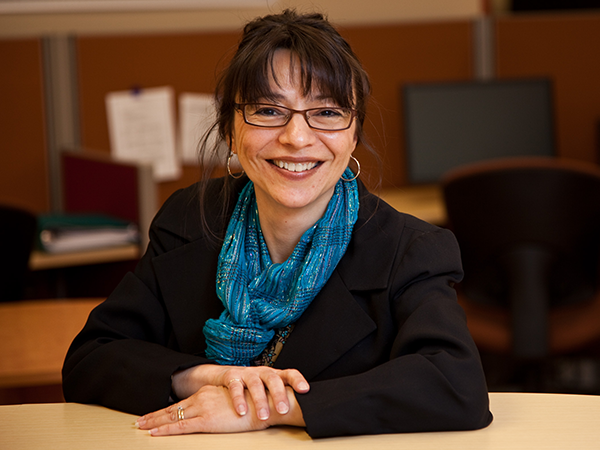 During their busiest time of the year, it's important to acknowledge that food banks are not the cure to food insecurity in Nova Scotia.

"I think during this time of year with the increased costs associated with holidays, people are really struggling," says Patty Williams, director of FoodARC, an organization that works collaboratively with individuals affected by food insecurity to enhance the welfare of individuals and communities.

As a short-term solution, food banks are designed to address the immediate need for food rather than trying to solve the recurrent and systemic problems behind it. Feed Nova Scotia and other food banks rely on community donations and volunteers, distributing about $11 million worth of food in a year. However, despite their positive actions, food banks are the equivalent to putting a bandaid on the gaping flesh wound of larger systematic food issues in Nova Scotia.

"Food banks are run by our neighbours, by individuals who are volunteering their time because they care about others," says Karen Theriault, director of communications at Feed Nova Scotia. "We work super hard, and with a lot of compassion, but we only have what we have to work with; the food that we distribute is what we're able to get donated or what we're able to buy with financial donations. And it's never enough."

Food insecurity is when an individual is forced to live without reliable access to nutritious food or has difficulty with one of the four pillars of food security: Availability, access, utilization and stability. This is not uncommon in Canada, where one in eight households are considered food-insecure. In 2019 alone, there were 25,629 reported visits to food banks in Nova Scotia.

"We hear from so many different people that are going to a food bank for the first time saying, 'Well, I never thought that this would be me, I never thought I would be in this situation,'" says Theriault. "These individuals might not think of themselves as being a typical food bank client, but there is no typical client. I can't paint one single picture."

Cassie Hayward understands that mindset. Growing up in Dartmouth with four siblings and a single mother, Hayward lived in poverty and experienced food insecurity for much of her childhood. For her, skipping meals, going a day without eating and unhealthy meals were normal. In her family's financial situation "food was always the last priority." These experiences inspired Hayward's passion for studying food insecurity and sustainability.

"I think a lot of people sometimes struggle to realize that they actually do live in very food-insecure households," says Hayward. "Education plays a huge role in de-normalizing this experience but it's also about letting people know that food insecurity isn't always just because people are low-income, there's a lot of outside factors that contribute to it."

"I would say that in Nova Scotia, food insecurity is a crisis. It's disgraceful that in a country that is doing as well as it is economically—in terms of the rest of the world—that we actually have food banks in the first place," said Williams. "In the end, if we don't do something about addressing this crisis, we're going to pay for it."