Food sovereignty is faulty in Halifax

People have less and less control over the food they buy. 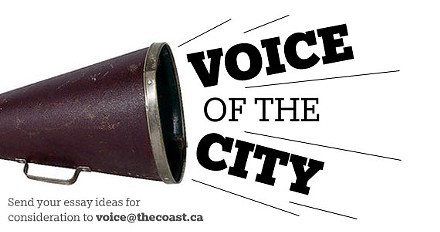 The news that Pete’s Fine Foods has been purchased by Sobeys is a good reminder that the state of food sovereignty in Halifax—and beyond—is rather troubling.

Food sovereignty is not only about one’s direct access to food. Whether people have adequate amounts of food at any one time is better described by the phrase “food security.” The direct provision of food aid to save lives over the course of a famine, for example, is an effort to restore food security, but not necessarily food sovereignty.

A food sovereignty approach to feeding the world emphasizes the need for people to be empowered. Unfortunately, people have less and less control over how the food they buy is produced, processed and distributed, as control becomes concentrated in fewer and fewer hands. Across the globe, ordinary people are losing the battle over who has power over the decisions and processes related to food and eating.

What does this have to do with Pete’s? To be clear, it makes little sense to consider Pete’s through the lens of food security. It is expensive. Few people who shop at Pete’s are worried about hunger.

It does, however, make sense to think about the takeover of Pete’s by Sobeys through the lens of food sovereignty. Before it was bought, Pete’s represented a choice to buy food from a relatively small, independent grocer. Understanding why this might be important requires thinking about what has changed now that Pete’s is no longer independent.

Control over decisions with large grocers is much more concentrated, and thus less likely to be influenced by individual consumers or even relatively larger groups of them. And this has important implications going all the way back through commodity chains to farms, where growing practices are increasingly determined by large distributors. Put differently, the large grocers are telling farmers how to grow our food without asking us for our opinions.

Five large corporations currently control approximately 70 percent of the food retail business in Canada. This should raise concern. If the distribution of food were entirely monopolized by one large corporation, we would likely be protesting in the streets. Yet just how different is the current configuration?

The small independent grocer has been going the way of the dodo for quite some time now. Pete’s once represented the hope that the trend might not be irreversible. Though it provides food for the privileged, it nonetheless displayed the kind of buyer-to-seller ratio that allows for people to think and act as community members and not solely as consumers.

As concentration of control over food intensifies, we are treated as though our only role in our food systems is that of consumer. The large grocers (along with the large producers and processors) make all the crucial decisions and shape nearly everything about our food. Ordinary people only enter into the equation after the food has been placed on shelves. Yet we are told that our choices are important.

If we don’t reverse the current trend and redistribute control over food production, processing and distribution, independent grocers like Pete’s will serve only as nostalgia, and not as a models for how other less elite-oriented grocers might survive.