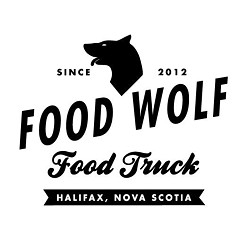 Who’s hungry? This fall, a crew of new food trucks are coming to Halifax, and their gourmet fare ain’t your average street meat.

Earlier this year, Natalie Charavie and Nick Horne set out to improve the municipal bylaw that regulates mobile food serving. “We wanted to make sure it was up with the times and matched the food truck movements that are happening in North America,” Chavarie says.

Now, Nomad Gourmet, Horne’s fryer-free food truck can be found on Argyle Street every day from 11am to 3 pm, by City Hall. Advertising a seasonally shifting menu, Horne promises fresh, local and health-conscious food with an emphasis on environmentally sustainable practices.

The Food Wolf started as an idea that Chavarie brought to The Hub in October 2010 when she noticed a gap in Halifax’s food truck scene for locally sourced grub. Microfinanced by hosting Young & Dublin open air eating supper clubs, Chavarie tells us that the Food Wolf truck will be parked behind the Bus Stop Theatre on the 2400 block of Maitland Street, with two more locations to come.

Both trucks have big plans to circulate around town, though. Nomad Gourmet was at Summer Sonic recently, serving up snacks for hungry concert-goers, and The Food Wolf has just gotten word that they’ll be involved with Halifax Pop Explosion in October.

“We’re really pumped with just how much support we’ve gotten from people already,” says Chavarie. “This project has been community supported and guided in many ways.”