Food Wolf finds a home for the winter

Keep on trucking at the Mayflower Curling Club 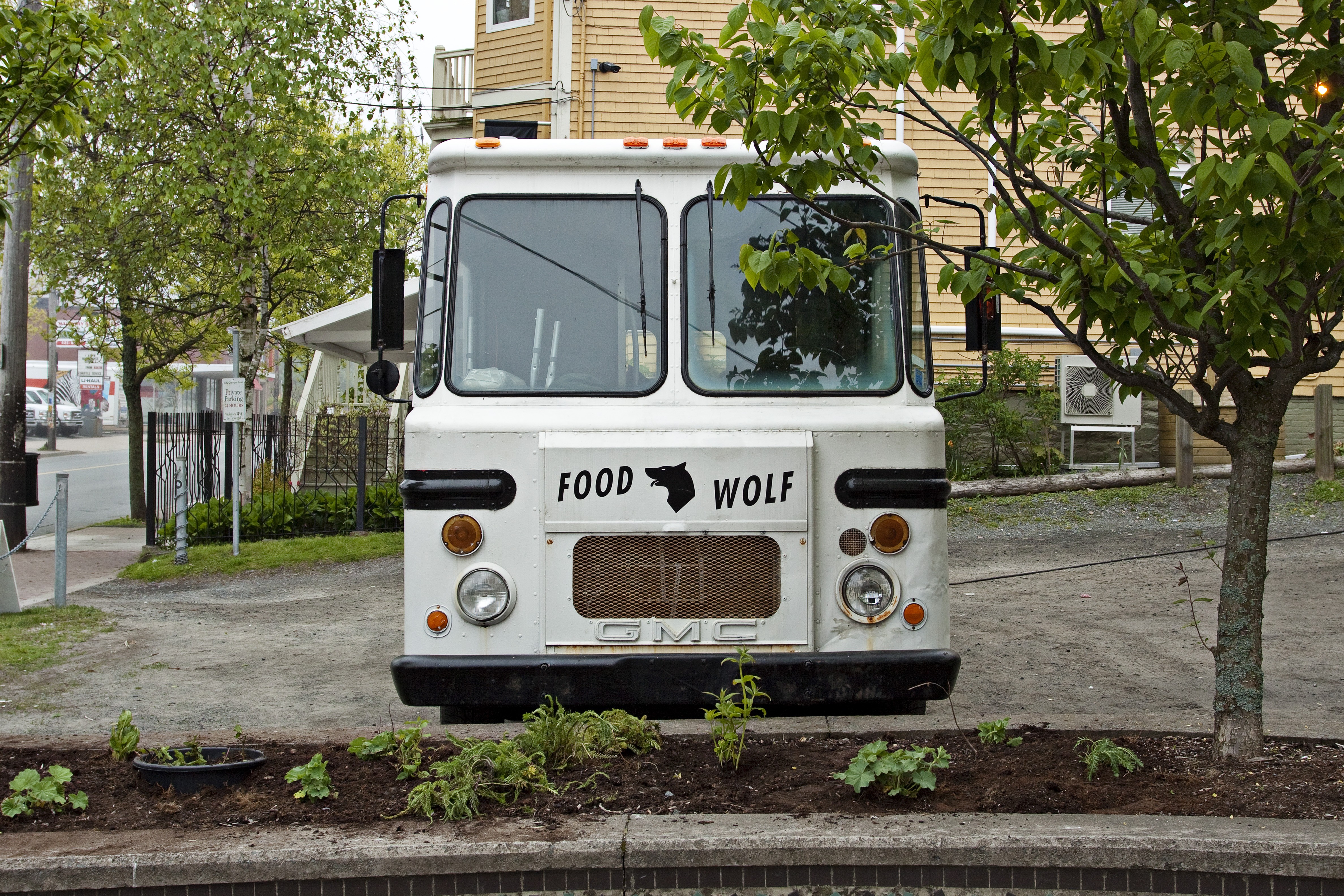 So it turns out this winter thing isn't all bad. Your friend the Food Wolf—the roving white truck known for dishing out divine fusion eats and championing food truck rights in Halifax—has found itself an indoor home for crisp months it usually spends off-road. We're happy to inform you that The Mayflower Curling Club (3000 Monaghan Drive, just off Young Street) is officially your new hangout (and your source for K-dogs).

"We were thinking about it in July, funnily enough Food Wolf is mobile and transient but we were kind of pawing around close to home. We looked at the Mayflower and though it would be a good fit," says the Food Wolf's Natalie Chavarie. Then, while visiting Ontario to sit on a national panel about food truck bylaws, she learned her one of her favourite trucks was taking over the canteen at a local arena for the winter. "We just looked at each other and were like, this is Canadian food trucking guys, we just cracked it. It's a way for food trucks to support and enhance and grow their business at the right scale."

The Food Wolf has officially moved into the Mayflower's canteen, serving up some of the favourites you'd normally find on the truck's menu, as well as some diner favourites and on Sundays, brunch. Bonus? There's also a bar here. And you don't have to be hurrying hard to partake in all this fun, the club's open to the public, curling enthusiasts or otherwise. The extra elbow room allows for Food Wolf to experiment with recipes and special events (watch out for a Night Brunch event during Halifax Pop Explosion), as well as collaborate with other businesses.

"For us going into the Mayflower represents the same kind of growth as scaling up from a backyard restaurant to a food truck," says Chavarie. "We're scaling up to a backyard curling club."

The Mayflower's new Food Wolf canteen window will be open for lunch (11:30am to 2pm-ish) and dinner (5 to 9pm-ish) Monday to Friday, as well as Sunday brunch from now until March. The truck isn't parked for the winter quite yet, though. Continue following @thefoodwolf for location updates.