Francois Girard’s The Song of Names plays on 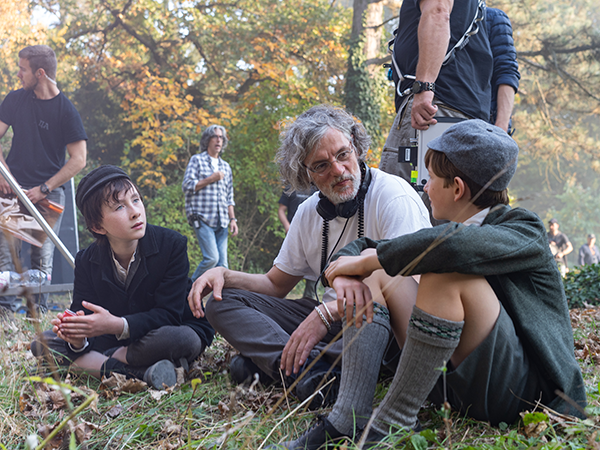 In 1998, François Girard burst onto the scene with The Red Violin, an award-winning film that quickly earned the love of critics by using music to convey the three-century -long journey of a priceless violin. Over 20 years later, the acclaimed auteur returns with The Song of Names. Opening January 10, the wartime drama showcases Girard's mastery of combining music and storytelling. In it, a wartime survivor (Tim Roth) attempts to relocate his childhood chum-turned-violin prodigy, decades after he mysteriously vanished before his auspicious debut.

We caught up with Girard to discuss the movie ahead of its theatrical release, and to find out why music just seems to follow the Canadian filmmaker around.

The Coast: Like The Red Violin, this film uses the genre of classical music to contextualize the tragedy of historical events. Did you see this as a sequel in a sense?

Francois Girard: No. To tell the truth, at this point, it's not me running after music, it's music running after me. I hesitated in the first place because of that but it was not about music and not about the violin—it was about something completely different and eventually I surrendered for what the film says.

You say you made the movie to address our modern world that is "deeply sick with amnesia" and consumed with instant gratification through social media. What role does cinema play in reclaiming history?

Movies are a perfect antidote to the type of amnesia we're talking about. Film is a time travelling machine that allows you to escape the present. It allows us to open our consciousness to what happened, or what might happen and what will happen. I do think it's important that we fight this lack of memory that we all suffer from.

The fictional title song in the movie is a hymn designed to remember the names of all those who died in a Holocaust death camp. How close does that notion tie into Jewish liturgical traditions?

You're talking about the central argument of the film and the book is written by Norman Lebrecht—both a Jewish scholar and a music scholar—and he provided us with this narrative centre of gravity that is the song. Then composer Howard Shore surrounded himself with scholars, and music experts and Jewish music experts, so there was a whole team of very knowledgeable people trying to find the truth in that song.

You've talked about how great Tim Roth is when he's just listening during a scene. Is that an innate skill for actors?

I discovered it while I was shooting, and I came to Tim and said, 'you have to be doing theatre schools and start teaching listening.' It's a great quality because then it gives any scene a true heartbeat. Listening is probably one of the hardest things to do for an actor: to stay present when the other actors are talking is always a challenge and Tim is a master of that.

This Q&A has been edited for length and clarity