“Do not let Palestinians’ lives become only numbers”

A Halifax woman shares her family's story as political refugees from Palestine. 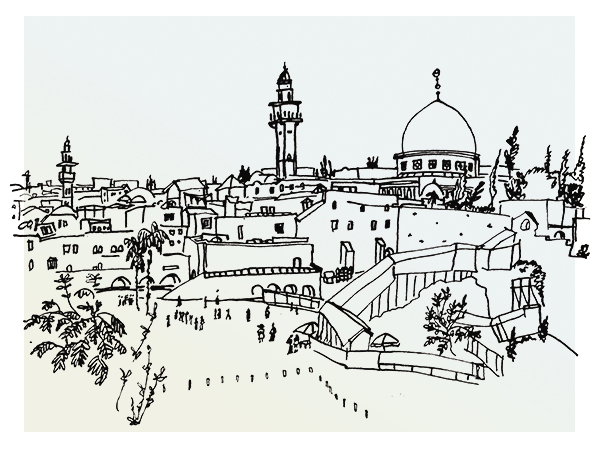 Since my birth, my family has brought me into this world as a strong Palestinian woman. Surrounded by influential political figures, I have been given the gift of perseverance. In the media, my people have been depicted to be either a terrorist or statistic—or, that we just don't exist entirely.  From  Halifax, as I watch the world react to Trump's so-called "Deal of the Century" which is nothing but a blueprint for legal apartheid, I am taken back to memories of my early childhood where I first encountered the evils of the regime.

In the fall of 2000 my world was changed. The second Palestinian uprising against Aparthied Israel had begun. One afternoon, my sisters and I had just finished school in Bethlehem. We hopped on the bus to go home after a long day when the school bus driver told my sisters and I that our neighbourhood was under attack.

He told us that we could not go home. I was only six years old, but in that moment I understood the unavoidable threats unfolding before my eyes.

The bus driver said he would drop us off at my grandfather's house which was only a five-minute drive away. Meanwhile my dad was also stuck at work, unable to come to us.

While we were taken to hide in the basement of my grandfather's home after being dropped off, my mother was at home fighting for her life.

She was laying down on our bold saffron-coloured couch in the family room. The family room is connected to our loving sunroom, which overlooks the lurid and looming Jerusalem checkpoint for Palestinians. Surrounding our home were dozens of lethal troops, mounting tanks, ready to terminate in the name of Zionism. Their target? A residential street inhabited by Palestinian families—my home being one.

Moments before, my mother was resting, the sun was peeping through our large glass windows, shining on her face as she sunk into the couch for her afternoon nap. Moments later, the sun was not the only thing to strike my mother's face.  A rippling noise erupted in the air outside. Chk chk chk chk. Smash. The windows of the sunroom shattered in milliseconds. Bullets flew in at an average speed of 2,736 kilometres per hour, used to annihilate any living thing in their way.

As the glass exploded my mother jolted off the couch, and laid flat on the colourful, warm Persian carpet. The cataclysm of apartheid forces surrounded her. Shaken with terror, the turbulent power of the tyrants trembled the ground beneath her. Unknown to her,  the pillow where her head lay—hardly 30 seconds before—now had five bullet holes torn right through. The image of destruction was everywhere. Family photos shattered from bullets. The smell of chemicals and hatred filled the room, creeping through the gaping holes in the walls, now hollow from rounds of ammunition.

My mother must keep her head down to make it to the front door 40 feet away or she will die. She grips the floor, dragging herself inch-by-inch towards the white light. She does not dare to lift her head off the ground, in order to cling onto the beauty of life, as bullets rained down on her. She managed to escape to the neighbour's house where they were able to take her to safety.

My mother's story is just one of many. Palestinians living in the West Bank and Gaza today still face the wrath of the settlers and living under the racist regime of Zionism. In 2019 alone, there were 149 Palestinians killed by the occupation—33 were children. The genocide of Palestinians has been happening every day since the proclaimed creation of Israel; the occupier. We need to speak out and take action as an international community. The demands are simple: self-determination, sovereignty and right of return. Do not let Palestinians' lives become only numbers.