Emma Thompson returns to script and star in this sequel to the 2005 kiddie flick about a mysterious matron with magical powers and a clock-stopping face. This time, Nanny McPhee imparts five lessons to the unruly children of farm girl Isabel Green (Maggie Gyllenhaal, overdoing a British accent) and their snooty cousins. Once tamed, the kids must sleuth out the whereabouts of their soldier father and try to keep the farm out of the hands of his conniving brother (Rhys Ifans). What’s odd about Thompson’s unfocused script is that Nanny McPhee herself is largely relegated to a background role. Not enough Nanny means not enough madcap silliness---a pig-performed synchronized swim routine is a rare inspired moment---and thus a film that should have been magical settles for being merely pleasant.

Nanny McPhee Returns is not showing in any theaters in the area. 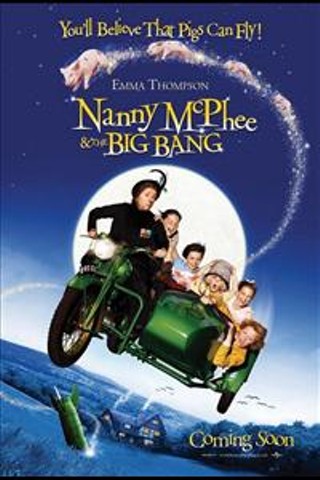