When you’re a woman, not a cartoon, and therefore can’t do it all for your man. Plus: The ultimate guide to all things cuckolding. 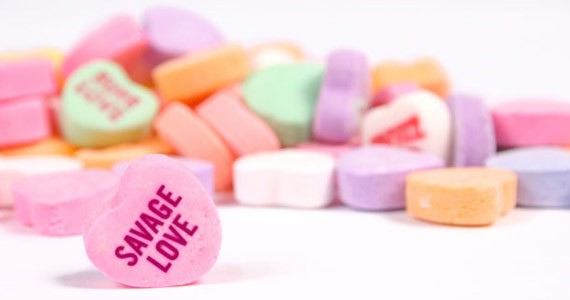 QI'm an early-30s hetero woman in a monogamous relationship with my mid-30s hetero guy. We've been together 10 years, married seven, no kids. We have a lot of fun—travelling, shared hobbies, mutual friends. We have sex fairly regularly, and it's not bad. However, his primary sexual fetish and main turn-on is furry porn—namely, cartoon images. He doesn't self-identify as a furry; he doesn't have a fursuit or fursona. To his credit, he was up front about this with me once we started getting serious. However, I think at that younger age, I conflated the emotional openness and acceptance of his sexuality with actually being satisfied with the sexual component of our relationship. He seems only marginally attracted to me, and it bums me out that his more intense sexual drives are funneled into furry porn. I feel somewhat helpless, as his fetish doesn't allow me to meet him halfway. Real-life furry action (fursuits and the like) does not interest him (I've offered). We have sex regularly, but I always initiate, and his enthusiasm is middling until we get going, at which point I think we both enjoy ourselves. But I've found that this turns into a negative feedback loop, where his lack of initial interest leads to me being less attracted to him, and so on. I consider myself a fairly sexual person and I get a lot of pleasure out of being desired. We're talking about starting a family, and I'm scared that the pressures that come with parenthood would only make this worse.
- Fretting Under Relationship Shortcomings

Your husband was up front with you about his sexuality before you got married. Everyone should be, of course, but so few people are—particularly people who have been made to feel ashamed of their sexuality or their fetishes or both—that we're inclined to heap praise on people who manage to clear what should be a low bar. At the time, you mistook "emotional openness" and your willingness to accept his sexuality for both sexual compatibility and sexual satisfaction. I think you owe it to yourself to be up front with your husband before you have kids. He's getting a good deal here—decent sex with the wife and the freedom to take care of needs his wife can't meet. And you're free to ask for a similar deal—decent sex with your husband and the freedom to take care of needs your husband can't meet.

There's a far greater degree of risk involved in you going outside the relationship to feel desired, of course; you seeing another man or men comes bundled with emotional and physical risks that wanking to furry porn does not. This isn't an apples-to-apples comparison. But if your shared goal as a couple is mutual sexual fulfillment—and that should be every couple's goal—and if you want to avoid becoming so frustrated that you make a conscious decision to end your marriage (or a subconscious decision to sabotage it), FURS, then opening up the relationship needs to be a part of the discussion.

QPlease discuss cuckolding in all its forms. Also all of the emotional risks and potential sexual rewards.
- A Potential Cuckoldress

QI'm a twentysomething woman engaged to a wonderful twentysomething man. I'm the kinky one. I've dabbled in BDSM and definitely have a taste for pain and degradation. My boyfriend, meanwhile, considers himself a feminist and struggles with degrading me. I've been very patient and settled for very vanilla sex for a couple of years now. However, every now and then, he'll joke about peeing on me when we shower together. I'm curious about watersports and would totally give it a try! I've tried to get more information from him on where these jokes are coming from, but he always changes the subject. And recently when I tried to make a joke back, I said the absolute wrong thing: "Okay, R. Kelly, settle down." This was right before we watched Surviving R. Kelly. I'm afraid that joke may have sent any potential watersports play down the toilet. (Pun intended!) Any advice on how to get him to open up next time he makes one of these jokes?
- Wants A Totally Exciting Relationship

AYou might want to reread the first letter in this week's column, WATER, and then dig into the Savage Love archives and check out the thousands of letters I've responded to from people who failed to establish basic sexual compatibility before marrying their partners. Settling down requires some settling for, of course, and everyone winds up paying the price of admission. But sexual compatibility is something you want to establish before the wedding, not after.

At the very least, WATER, don't marry a man to whom you can't make simple observations about sex and ask simple questions about sex. Like this statement/question/statement combo: "You joke about peeing on me, and I want to know if you would actually like to pee on me, because I would like to be peed on." Pissing on you doesn't make him R. Kelly, a man who has been credibly accused of raping underage girls and sexually and emotionally abusing—even imprisoning—adult women. If R. Kelly had raped numerous women and girls in the missionary position, WATER, all the other men out there who enjoy sex in the missionary position don't become rapists by default. Where there is consent—enthusiastic consent—then it, whatever it is (missionary position sex, peeing on a partner), isn't abusive. Sex play involving pain or degradation often requires more detailed conversations about consent, of course, but jokes and hints are a shitty way to negotiate consent for any kind of sex. Always go with unambiguous statements ("I would like to be peed on") and direct questions ("Would you like to pee on me?").