Gabrielle Zilkha is Queering The Script

The filmmaker's latest documentary highlights the hidden history of queer women on TV. 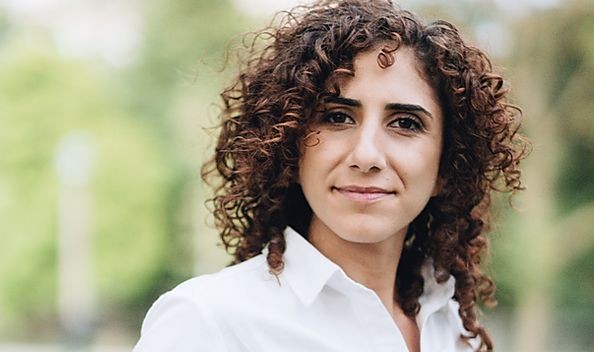 Unless you are entrenched within the LGBTQ community, these terms may not mean a whole lot to you—but Gabrielle Zilkha aims to change that.

With her latest documentary, Queering the Script, the award-winning Canadian filmmaker explores the history of queer women on television and its passionate fan base.

As fun as it is informative, the film travels to the aforementioned ClexaCon (the world’s largest fan convention for LGBTQ women) and catches up with such queer icons as Lucy Lawless (Xena: Warrior Princess) and Angelica Ross (Pose) to uncover how fandom has fanned the flames of progress.

We recently talked to Zilkha to discuss the documentary (streamable now on Amazon Prime’s Hollywood Suite) and the state of queer representation in the media today.

The Coast: You’ve said that you originally had an aversion to fandom. How did that change with making this documentary?

Gabrielle Zilkha: Mostly I think there was something about fandom that I found quite inherently radical. And it’s not the activism piece that you would think. It’s actually the fact that they are unabashedly and unafraid to be joyous and celebrate and love and gush over TV shows. In an age when apathy and irony are kind of cool, I find that fandom allows itself to be over-the-top joyous about what they love.

A revelation in the doc is that queer characters aren’t just historically rare but often simply killed off. Why is that so key?

GZ: It’s so important because it's almost like people of colour have been doing for years now as well—which is saying you’ve been treating these characters differently and it’s insidious. It’s subversive and goes unnoticed. Without pointing those things out, I don’t think you can change.

GLAAD’s 2018 report of television characters showed it’s largest percentage of diverse representation ever. Do you think this trend will continue?

GZ: I do think these characters are slowly being normalized and embedded into stories and not just tokenized. However I do fear if something like Pose gets cancelled, that those numbers will drop. It’s important to note that it makes it precious and vulnerable that we need those shows (and hopefully it isn’t) an inflated statistic in that way.

Lastly, a lot in this documentary is common knowledge within the LGBTQ community. What do you hope other viewers will take away from this film—gay or straight?

GZ: We deliberately didn’t make this a subculture documentary where you go into the weird and wacky world of these fans and see how they cosplay and have fun and how different they are. My goal was to try and build empathy for this world. I hope people and audiences take away from the film that the power of media and television should really shape narratives and shape our sense of self and maybe empathize with those fans that, in a headline might sound like nutballs, but are just responding to what TV is supposed to do—which is affect us.

This Q&A has been edited for length and clarity.