In the wide and wonderful spectrum of what constitutes art, where do video games fit in? Kevin Hartford asks local experts about art, craft and the passionate world of gaming. 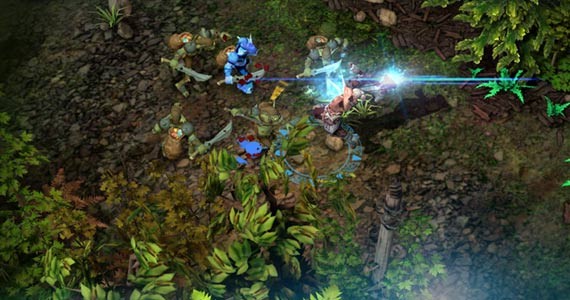 Can video games be art? Film critic Roger Ebert once infamously stated that "no one in or out of the field has ever been able to cite a game worthy of comparison with the great poets, filmmakers, novelists," and that "Bobby Fischer, Michael Jordan and Dick Butkus never said they thought their games were an art form."

After receiving an overwhelmingly negative reaction from gamers, Ebert wrote that "I was a fool for mentioning video games in the first place. I would never express an opinion on a movie I hadn't seen. Yet I declared as an axiom that video games can never be Art." Not so much a backpedal as an admission that, as a non-gamer, maybe he shouldn't have waded into the argument in the first place.

The creative decisions Alpha Dog co-founder and art director Shawn Woods makes on a daily basis, including composition, framing, lighting and establishing mood, "are all principles applied to traditional painting," he says.

And while nobody would accuse Pong of measuring up to the inspired gameplay of PS3's cerebral Journey, Woods sees a fitting analogy in the world of cinema: "Some may be seen as more artistic, like Casablanca, while action, drama or comedies offer up a different debate."

Others argue that even the most action-y and crowd-pleasing titles should be considered art. Willie Stevenson, president, owner and creative director of Halifax company Silverback Productions, suggests Grand Theft Auto IV as a prime example, citing its ability to create a living, breathing environment out of its New York-inspired Liberty City setting. "I've spent a lot of time in New York," he says, "and if a painting can do justice to the city, and a movie can do justice to the city—is it an artistic accomplishment? Absolutely."

"I think it's a question of art versus craft," says NSCAD student Heath Simpson. "I've known people that are in the video game world—many are trained artists. So do they create art or a finely-crafted item?" Simpson opts for the latter, but, like Ebert, is willing to offer a concession to potential critics: "There are artists that have used the format of a video game—say, a digital world that can be navigated and manipulated—so there are possibilities for video games [to be art], but the average off-the-shelf game is, at most, a craft item."

"Modern games tell stories," counters Stephen Brown, president of Halifax's Game Radiator Interactive Entertainment, "they teach, they entertain, they evoke a wide range of emotional responses." Like works of art, Brown says, "many great games have been the visions of one individual"—think Zelda's Shigeru Miyamoto—"and simply because we rarely hear their names doesn't mean they aren't there, creating their passions."

Matthew Doucette, co-founder and game producer at Yarmouth-based Xona Games, says the games-as-art question is "truly a concern for the critics only. The answer is yes, but that answer is irrelevant in the sense that we spend absolutely no time figuring out or caring which way it is."

"It's nothing to get too wound up about," says Jeff Cameron. "I'm more concerned with making cool entertainment for people who love games."