Liberal MLA will have to fight off NDP leader Burrill, and PC candidate John Wesley Chisholm. 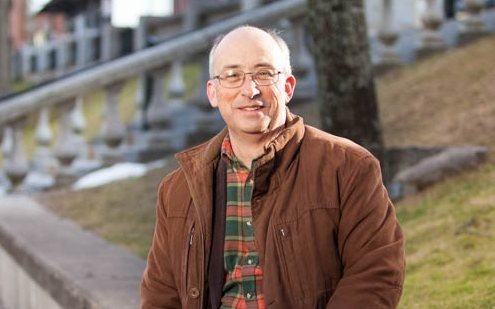 The New Democratic Party wants to take back Halifax Chebucto.

Party leader Gary Burrill announced Tuesday morning that he will seek the NDP’s nomination for the central Halifax riding in the next provincial election.

Halifax Chebucto is a longtime NDP stronghold, having been held almost continuously since 1981 by both former leader Alexa McDonough and retired MLA Howard Epstein (Liberal Jay Abbass briefly represented the riding from 1993-98).

“It was in Halifax Chebucto 35 years ago that Alexa McDonough was first elected as an MLA for our Party,” writes Burrill in a press release. “More recently, Howard Epstein served the Halifax Chebucto community for 15 years. It is a privilege to offer myself to continue their contributions.”

Joachim Stroink took the electoral district in 2013 after Epstein retired and the NDP’s one-term government folded to Stephen McNeil’s Liberals.

It was the same election in which Burrill lost his seat as MLA for Colchester-Musquodoboit Valley. He was elected the party’s leader earlier this year, but is still without a seat at Province House.

Aside from the riding’s history with the New Democrats, the NDP are likely looking to capitalize on criticisms Stroink and the Liberals have received from peninsula-living university students and film industry workers. The Progressive Conservatives also seem to smell blood in the water, having nominated film producer John Wesley Chisholm to take on Stroink.

Still no word if there will actually be an election called in 2016. Burrill’s uncontested nomination meeting will take place July 26.