Gather in groups of 10 this weekend, but stay two metres apart

The province says "I do" to gatherings of up to 10 people; 15 for weddings and funerals. 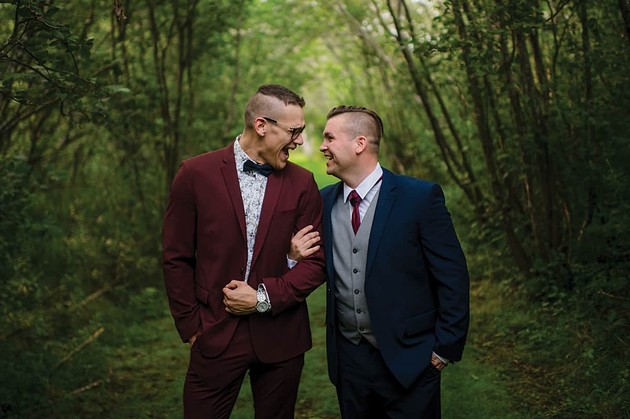 Another Friday, another massive COVID-19 update in Nova Scotia.

On the same day the province announced its first day of zero new cases since March 15, Nova Scotians are allowed an increased level of freedom.

"The new gathering limit of 10 is effective immediately," says a release from Communications Nova Scotia in advance of this afternoon's 3 pm update from premier Stephen McNeil and doctor Robert Strang.

The release goes on to say that physical distancing of two meters is still required in these groups, except with people in your family bubble.

The limit of 10 applies both indoors and outdoors, but there are two exceptions: outdoor weddings and funerals have a limit of 15 people (plus the officiant, so 16 total). The people getting hitched are allowed to stand together, just like people within the same household.

"The gathering limit applies to things like social gatherings, arts and culture activities like theatre performances and dance recitals, faith gatherings, and sports and physical activity." says the release.

It also includes businesses where concerts and performances take place, and other businesses too small to ensure proper physical distancing.

Premier McNeil is quoted as saying that while Nova Scotians will be returning to restaurants, gyms, and salons on June 5, this particular step will be "good for our mental health and well being."

The province is also announcing today that June 5 will also mark the opening day for private campgrounds, which can operate at 50 percent capacity, provided they follow public health measures.

Provincial campgrounds will open to Nova Scotians on June 15 with 20 feet between all campsites. Their reservation lines will open up June 8.

The province also says pools can begin to prepare to re-open in time for the summer, but that sleepover camps for kids would not be permitted this year.

But doctor Strang says you still need to stay home if you're feeling sick. “It’s also important for people to think about their own health and circumstances in order to make good decisions about the activities they choose to do," he says in the release.

As of today, there are 18 active COVID-19 cases in the province, and the government has extended the provincial State of Emergency until June 14. For more info on Nova Scotia's re-opening, visit https://novascotia.ca/reopening-nova-scotia/