Performing at this Saturday’s Summer Rush at Alderney Landing, Enfield’s hip-hop papa Classified grows up, cleans up and looks to the future. Alison Lang soaks up the wisdom. 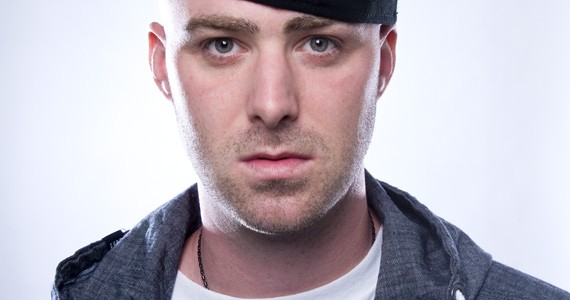 Hip-hop loves the high and hates the hangover. We all know that Snoop Dogg relaxes with gin and juice, while Eminem waxes comedic about shrooms and purple pills. For the more adventurous dabbler, there's Lil' Jon's Friday night grocery list: da blow; the pills; the herb. Less popular but just as memorable are the songs about the woes of the comedown: Kanye West laments his dependence on weed (or is it women?) while N.E.R.D. tells a story of trying to calm a girl in the grip of a cocaine high.

The Enfield rapper Classified (AKA Luke Boyd), who's one of the headliners at Saturday's Summer Rush concert, has always occupied an interesting place on this continuum. For every song like "Past Out" (where Boyd wanders through a trashed house after a party sighing: "Couldn't have been a great night/I already forgot it") there's a "The Maritimes," which, as you might recall, boisterously exhorts the listener to fill up a cup, chug, roll a joint and get fucked, et cetera. On his latest album, Hand Shakes and Middle Fingers, however, Classified has stripped back the production in order to take a hard and clear look at the many highs of a long career--- culminating with his critically-acclaimed major label debut, 2009's Self Explanatory ---and the ensuing hangovers that linger.

"I was looking at things I was doing in my life that I shouldn't be," he says. It's April, a few days before the album's release, and he's looking fresh and decidedly not hungover on a couch in The Coast's office.

"Everyone has those things in their lives--- the drinking, the periods where you're partying a lot. For me, it was happening every night on tour. It started out like 'This is my life! This is it!' and now it's to a point where if I want to keep doing this and have my health, I gotta pick and choose."

After 10 years of touring, Classified breaks down the exhausting pattern of road life. Like all of us on the aging trip, he's struggling to grasp that cycle of having fun and dealing with the headaches that follow.

"You're on a tour bus with 10 guys, and the first week everyone's tired and lazy. Then once you get onstage, you get that energy up, but then you need something to loosen up. So you're like 'Screw it, I'll have a beer,'" he says. "We don't get loaded or anything---it's still about putting on a great show---but then afterwards, you meet some fans, and then suddenly it's five in the morning. I'm not a lover of beer. I'm not a lover of alcoholic tastes. If I drink, I want to party. I don't drink to socialize."

A busy career leads to other complications. On the song "Desensitized," Boyd reflects on the numbness that comes with fame---the lack of surprise that comes along with the perks. "I'm getting used to the smiles and kindness/Never thought I'd fit in this environment," he raps. Later, on "Ups and Downs," he worries about being a one-hit wonder and remembers Maestro's sage advice to "stay off the messageboards." Most poignantly, he's now a father of two girls, and his oldest, Taylor, is starting to change while he's gone. He's worried about missing out on his daughters' best moments, and this desire to step back from the grind bleeds into the albums' more tender songs, like "Stay Cool," where he outlines the necessity of a nice day off at home over lissome beats and a sleepy saxophone.

"I don't want to tour as much when they hit five and six years old," he says. "I had my first daughter, we went on tour for a month, and when I came back she looked like a totally different person. That fucking sucks. It made me realize---we can do this, but before I know it, she's going to be 15 or 20 years old and moving out. Being away for big stretches on tour---it's something I want to edge away from."

Production-wise, Hand Shakes feels more ruminative, too. After the flood of guests on Self-Explanatory, Classified has pared the list down to just a few---Brother Ali, his own label artist Kayo, his brother Mic Boyd, and Jim Cuddy, who sings on the album's best track, "The Hangover." As with Gord Downie's appearance on Buck 65's latest, 20 Odd Years, it's an improbable combination that somehow works.

"I met Jim at the Juno Cup. We've met there the past couple years and I was joking around, saying 'I'll get you on my album,'" Boyd recalls. "He said anytime I wanted him to do something, I should just send it over. I'm not the biggest fan of Blue Rodeo, but I had this Diana Ross sample that I couldn't use. So I sent it to him, he did it, and it sounded perfect. I wanted to sample 'Try' but my boys hated it."

Classified's boys---who vet nearly all of his works-in-progress, and have done so for years---include his manager, his DJ and Mic Boyd. He is receptive to other artists, too, like Chad Hatcher, who suggested he sample the theme from the super-cheesy '80s Canadian TV show Danger Bay for the song of the same title (Surprise! It's kind of a banger). His brother remains the constant sounding board for every song, and is his strongest critic.

"He's an asshole---he hates everything," Boyd says. "He didn't like 'O Canada.' So, I mean, if I'm really feeling something, I'll use it anyway. But I show him everything I'm working on, every day. When you're working on something yourself, you can get confused and lost as to what people want to hear."

Hand Shakes and Middle Fingers isn't as loud and bold as Self Explanatory. But its themes speak volumes. It's an album about a man who isn't interested in preaching moral absolutes, but instead is searching for the best ways to be a husband, a father, a friend and an artist. It is the rapper's version of the examined life. "I don't want to say I've come to some sort of wisdom," Boyd says. "I had some negativity in my life. Now I'm balancing it with positivity. I'm just trying to find a balance."