Get a sneak peek of Stages Theatre Festival

Eastern Front Theatre switches the SuperNova Fest to Stages Theatre Festival and recommits to the local scene with a new twist. 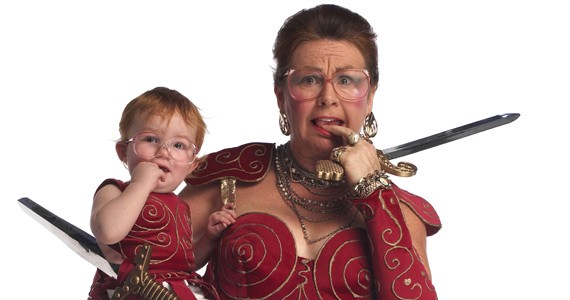 For years Eastern Front Theatre has been making a bang with its SuperNova Fest, but this year they've renamed and overhauled the entire package. Stages Theatre Festival is still committed to showcasing some of the best work the Maritimes has to offer theatrically but with a new twist---a focus on "stages," featuring works in different stages of development, and performers at different stages of their careers, all on different stages in Neptune Theatre. The Main Stage will have full-length productions on tap: Dancing With Rage, an hilarious one-woman show by Mary Walsh ($45); Our Eliza, a rural story of a father-daughter relationship; The Perfection of Man, the sketch dramedy that took the 2012 Fringe Fest by storm and Kingdom, a creepy tale of an imprisoned woman in a room (all shows $20 or two for $30). Meanwhile family-friendly is the name of the game on the Next Stage Festival of Theatre for Families stage. EFT recruited the wits of Halifax Theatre for Young People to develop a series of shows and activities with the youngins in mind that are yours for a suggested donation of $5 each. The last stage, Playwrights Unit in Performance, will offer a sneak peek into works in progress, Wonderland by Shelley Thompson and King of Berlin by Kristin Slaney. With a list this good, EFT's new stage of staging seems pretty sweet.