Catch Dan Ledwell at a solo show while you still can. 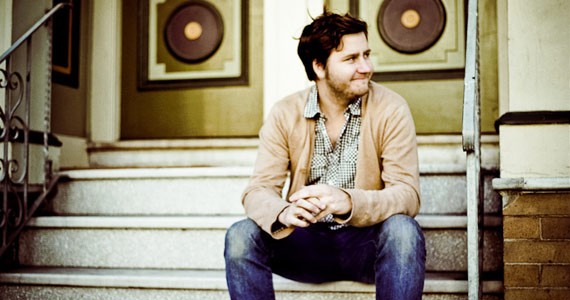 Dan Ledwell takes a little time for himself.

Between playing keyboard for In-Flight Safety, touring with other musicians (Jenn Grant and Kathleen Edwards) and producing, Dan Ledwell doesn't have a whole lot of time to himself. His debut solo album Two Over Seven came out in 2008 and has had sad-folk lovers pining for a follow-up ever since. "I was supposed to have a record out last summer but then a bunch of life things happened, life took over," says Ledwell. "I am putting out a new record at some point. It has been in the works for a long time. That's what happens when you go on tour with other people... you put yourself last." It's that sort of sweet self-deprecating remark that makes you want to strap him to a chair 'til the album's done, only it's obvious that this is his thing. "I think that's what I'll be doing mostly in the future---touring and producing," he says. "So, grab every opportunity to see me live that you can because you never know when it will happen again!" Deal.

Speaking of The Company House , Feature