Going surfing on donair sauce, from Montreal to Halifax

A visiting journalist investigates what makes our city special. 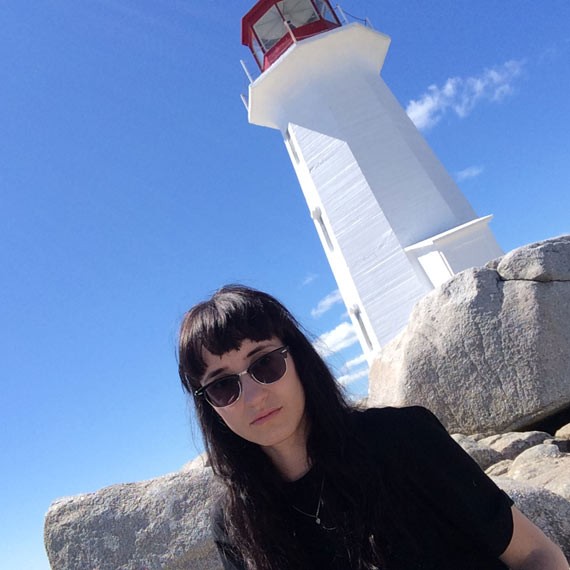 I don't know how I ended up thinking that a 22-hour train ride could be fun, or even somehow humanly possible. I was blissfully ignorant when I boarded my train from Montreal to Halifax on June 21. My editor at Urbania magazine had sent me to the Maritimes to investigate this seemingly cool alternative newspaper, The Coast. Independent journalism in Montreal is a sad state of affairs: the Mirror and Hour, two alt-weeklies, both shut down in 2012. Blogs have taken over while the print industry is slowly withering, with printed publications either straight-up dying or selling out to big corporations.

What I found in Halifax is people who are proud of their small city. True, I was not quite fooled by Halifax's poutine or smoked meat, but I was however delighted by lobster rolls and donairs. Can you believe I had never heard of donairs? Love or hate this local dish, I know that from now on, in my wildest dreams about Halifax I will be surfing on sweet donair sauce.

I discovered the city by bike, thanks to I Heart Bikes and their guides, with whom I visited Point Pleasant Park, the Titanic House, Dalhousie University, the Public Gardens and Citadel Hill. (And I now know not to choke on my fish 'n' chips if I hear a cannon being fired at noon.)

I also pretended to be on an expensive cruise while taking the ferry to Dartmouth, a Cows ice cream cone slowly melting in my hand. My guide to Peggys Cove, Bob from Blue Diamond tours, gave me a thorough rundown of the intricacies of the city, from expensive neighbourhoods to cute wooden shacks by the water. My new friends at The Coast shared their own personal best-ofs, leading me to taste the deliciously insane Frito pie hot dog at T-Dogs on Agricola street, as well as experiencing an impromptu thrift shopping session among the oddities at Plan B. I happily shared my discoveries during an Instagram takeover for @thecoasthalifax.

I found Halifax comparable to a smaller Montreal. Easy enough to say, I guess. But everything in Halifax seems to be done in just the right dose. For example, you guys have Beaver Tails and Segways, like we do in Montreal's Old Port, but you don't seem to have a handful of creepy clown buskers. And not a single caricature portrait artist in sight! Bonus points to you, Haligonians!

My Tinder experience failed—yes, I had changed my profile bio to a cheerful invitation to go out for beers—but I still "made friends" with strangers as I made my way around the city. People were always happy to give me directions or recommandations. After all, in a city where people thank the bus drivers on their way out, cheerfulness and politeness were to be expected in daily interactions with strangers.

I envy the determination of the team at The Coast. Trust me, they strive to give you great content every single week. Montreal will never have that kind of printed weekly again, so please enjoy this issue of The Coast for me. I salute the efforts of an entire city that is dedicated to all things local (I'm looking at you, awesome farmers' markets). I wish I had stayed longer in your city, just so I could try every single suggestion proposed in The Coast's Hot Summer Guide. Sadly, I had to go back home. On a windy Friday morning, as I exited the 80 bus to board my VIA train, I shouted a big thank you to the bus driver.