Gottingen Street eyesores to be removed 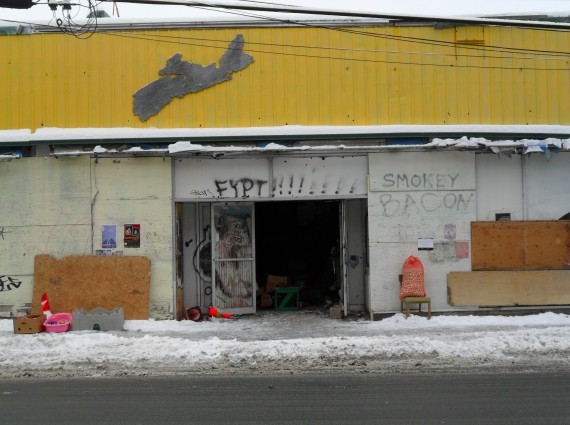 Two eyesores on Gottingen Street are coming down. The former Mitchells Environmental Treasures and Derby/Diamonds Bar buildings will be torn down in coming weeks, confirms Ross Cantwell of the Housing Trust of Nova Scotia. The trust acquired both properties and is now going through the permitting process to build an affordable housing complex on the Diamond site. A similar proposal will later be floated for the MET site, but there are economies of scale in razing both buildings at once.

Taking down the MET building is complicated, says Cantwell. There is an enormous amount of junk in the building, so Cantwell has a hired someone to go through the building to salvage whatever is of scrap value and cart the rest off to the dump. That process is happening now. Additionally, there are asbestos issues in at least part of the building, and figuring out how to deal with those may take a couple of more weeks. Cantwell says the demolition should start in about four weeks.